Home»Reviews»ONCE UPON A TIMELESS TALE COLLECTION 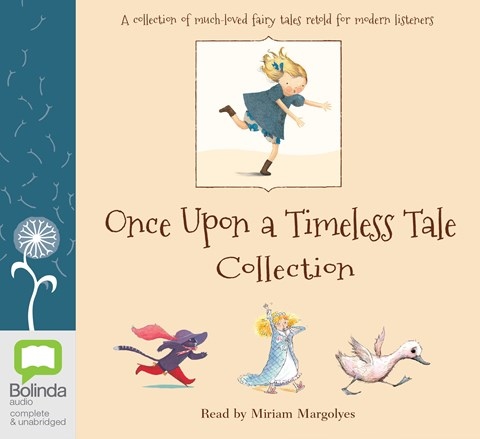 ONCE UPON A TIMELESS TALE COLLECTION

Miriam Margolyes’s performance is as delightful and magical as the Hans Christian Andersen and Charles Perrault fairy tales she narrates in this classic children’s collection. Margolyes has a strong command as a storyteller, with smooth, definite shifts in and out of the all-knowing narrator’s voice. She wholeheartedly portrays a myriad of characters that include a soft-spoken and secretive princess, a determined Jack and his annoyed mother, a dejected duckling, and a clever cat. While Margolyes’s effervescent narration conjures up the characters and their magical worlds effectively in their own right, the ongoing orchestral accompaniment adds an extra dimension to the story. The instruments, with their varying pitches and tempos, add further details to the characters, making for an enchanting listening experience for children and grown-ups alike. M.F. Winner of AudioFile Earphones Award © AudioFile 2015, Portland, Maine [Published: MARCH 2015]