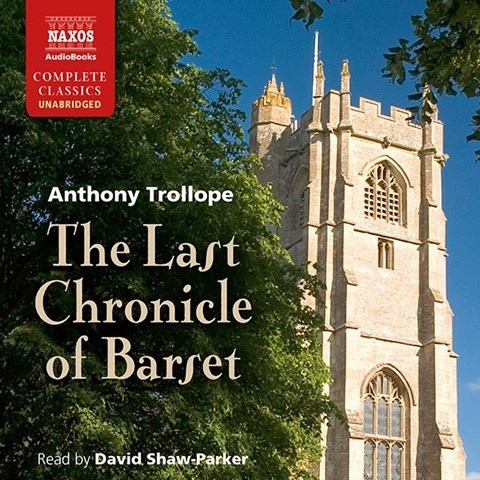 THE LAST CHRONICLE OF BARSET Chronicles of Barsetshire, Book 6

Trollope's final Barsetshire novel brings back many characters in an audiobook that combines mystery and romance. Narrator David Shaw-Parker uses his rich, resonant voice to establish and differentiate those characters through tone and accent, giving the impression of a full-cast performance. He excels naturally at male voices; women's voices are not as distinctive and are occasionally unconvincing. He effectively establishes a personality for the story's narrator--ingratiating, tolerant, amused--who is also a character. Occasional slowness and repetition in the text are offset by Shaw-Parker's acting ability, his expression of sense and feeling, and his ability to imbue his reading with emotional warmth. The story, and Shaw-Parker's performance, are deeply involving. Most listeners will find themselves caught up and entertained throughout this long audiobook. W.M. © AudioFile 2017, Portland, Maine [Published: MARCH 2017]