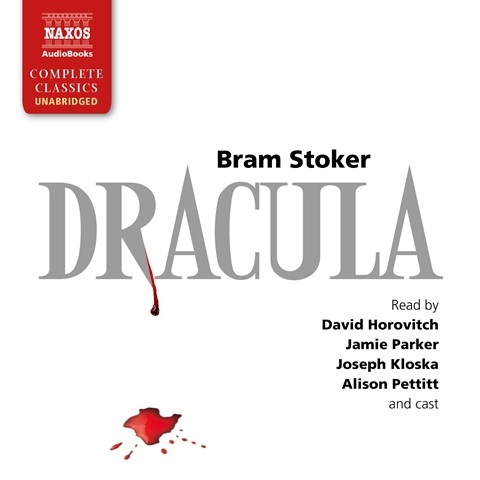 Narrators David Horovitch, Jamie Parker, Joseph Kloska, and Alison Pettitt and cast adopt the identities of the well-known characters of Bram Stoker’s classic: Jonathan Harker, Mina, Lucy, the Count, and others. As the story is told in a series of diary entries and letters, Dracula himself comes off as both charming and caring—until his true form is revealed. Highlights of this production include a childlike portrait of Mina and bone-chilling portrayals of Harker and Van Helsing as the tension of the twisted plot rises and Dracula's sinister powers and needs are revealed. Fans of the genre will be reminded just how psychically unsettling this horror story is. R.O. SYNC 2015, 2016 ALA Media Award © AudioFile 2015, Portland, Maine [Published: APRIL 2015]