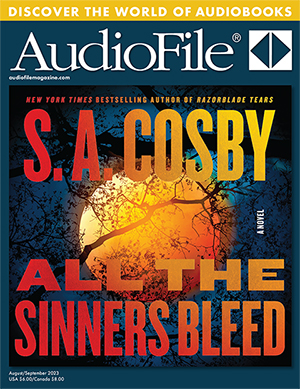 The African-American Experience on Audio

AudioFile's selection of audiobooks that characterize the African-American experience encompasses invaluable archival recordings, personal memoirs read by their authors, and works by literary luminaries. They're great options for classrooms, libraries, or family listening during Black History Month. Not just "should-listens," these are "must-listens" that you'll want to hear again and again.

DREAMS FROM MY FATHER
Barack Obama, read by Barack Obama (Random House Audio)
Written before his election to the Illinois Senate, Obama's Grammy-nominated memoir looks at race from the point of view of someone who has seen and been part of a variety of cultures, and he explains how his perspective shaped his views.
Read Review

FREEDOM IN THE FAMILY
Tananarive Due, Patricia Stephens Due, read by Patricia Floyd, Lizan Mitchell (Recorded Books)
For every Martin Luther King, Jr., there were hundreds of ordinary people who boldly worked to overthrow the segregated South, as demonstrated in this riveting account of the Civil Rights struggle of the 1960s and 1970s.
Read Review

THE MEASURE OF A MAN
Sidney Poitier, read by Sidney Poitier (Harper Audio)
Actor Sidney Poitier shares the values and experiences learned during his life and illustrious film career in this brilliant audio program.
Read Review

A SONG FLUNG UP TO HEAVEN
Maya Angelou, read by Maya Angelou (Random House Audio)
Poet, writer, singer, and emotive teacher, Maya Angelou treats listeners to songs, chants, verse, and a full measure of musicality throughout her performance of this sixth volume of autobiography.
Read Review

BLACK BOY
Richard Wright, read by Peter
Francis James (Harper Audio/Recorded Books)
As spellbinding as Wright's account of his upbringing in the Deep South is, James's reading makes it even more vivid. His command of Southern and African-American dialects lends an authority that makes Wright's disturbing story as vital and contemporary as ever.
Read Review

THE INTERRUPTION OF EVERYTHING
Terry McMillan, read by Lynn Whitfield (Penguin Audio)
Emmy Award-winning Lynn Whitfield delivers a sassy, compassionate, and totally enchanting reading as a 40-something San Francisco housewife struggling to find her next path in life.
Read Review

LOVE
Toni Morrison, read by Toni
Morrison (Random House Audio/Books on Tape)
Confronting issues of race in America, particularly the deep disappointment of many African-Americans in the face of ineffectual civil rights legislation, Morrison's novel combines elegance of language with a lush, luxurious reading to make "must listening."
Read Review

47
Walter Mosley, read by Ossie Davis (Listening Library)
Mosley's first young adult novel of a 14-year-old slave on the Corinthian Plantation in the year 1832 is part mystery, part historical fiction, and part science fiction and is sure to spark discussions.
Read Review

THE PEOPLE COULD FLY
Virginia Hamilton, read by Andrew Barnes (Audio Bookshelf)
This transcendent audio work enables us to understand the ways a people survived slavery and the racism that followed and illuminates the triumph of the human spirit against all odds.
Read Review

AMAZING PEACE AND OTHER POEMS
Maya Angelou, read by Maya Angelou (Random House Audio)
This new collection of poems ("Amazing Peace," "On the Pulse of Morning," and "Phenomenal Woman") is available only as a download.

O'BLACK AND UNKNOWN BARDS AND OTHER POEMS
James Weldon Johnson, read by Michael Collins, Anne Mitchell, Michelle Lyons (MasterBuy Audiobooks)
These two CDs of the poetry of James Weldon Johnson are a rare and wonderful treasure, guaranteed to be listened to again and again because of the superior performances, which reach out and grab the listener.
Read Review

VOICE OF THE POET: LANGSTON HUGHES
J.D. McClatchy [Ed.], read by Langston Hughes (Random House Audio/Books on Tape)
Langston Hughes reads from his own work and reflects on how he became a poet in this poignant archival collection that celebrates his successes and testifies to the racism he encountered as a black artist in the United States.
Read Review