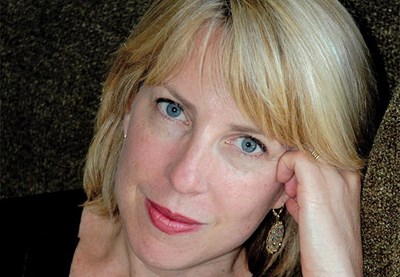 "There was this sense of responsibility, of writing about this real person, real people, with living family members. Of presuming to understand her consciousness.” 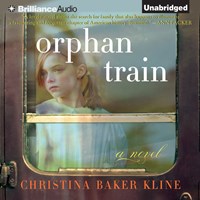 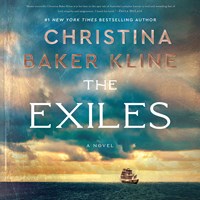 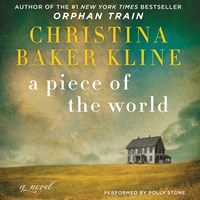 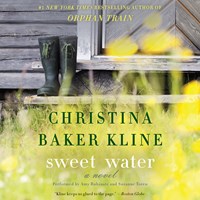 Bestselling author Christina Baker Kline says her new novel, A PIECE OF THE WORLD, about the relationship between the artist Andrew Wyeth and the real-life subject of his iconic painting Christina’s World, was by far the most challenging book she’s ever written.

Kline’s novel illuminates the life of Christina Olson, that mysterious figure lying in a golden field in the painting. The story moves back and forth in time from Olson’s childhood to her adult life, rooted in the large Maine house built by her family (whose early members, relatives of Nathaniel Hawthorne, abruptly departed Salem, Massachusetts, in 1743).“I really wanted the book to be as spare as Wyeth’s painting. I wanted it to feel like you were in this remote spot with her, that you were in that house.”

The effort of drawing exclusively on biographical details while imagining her characters’ interior motivations left its mark on Kline--literally. In one particularly harrowing eight-week span, the deeply distracted author garnered 18 stitches, a second-degree burn on her arm, and a broken collarbone. “I was living in a feverish altered state,” she recalls. “It was miserable. I had nightmares about this book. At one point, I remember telling someone, ‘I won’t be able to do this. It’s bigger than me!’ This book took over my mind and body. Every word feels hard-won.”

Describing the challenges, Kline still sounds a little breathless, as though surprised she prevailed. “First, there was this sense of responsibility, of writing about this real person, real people, with living family members. Of presuming to understand her consciousness.” Then there was the question of plot: Her last novel, ORPHAN TRAIN, had a “natural sense of forward momentum,” but in this novel, Kline had to construct every moment of suspense or drama out of the life of an ordinary Maine woman-- who left her home only two times. “The drama, such as it is, is entirely internal.”

Perhaps most challenging of all, she notes, was that Christina Olson made choices that Kline would not have had her characters make, choices that sometimes seemed “capricious or mean” and that were often “inscrutable” to Kline as she researched. “How do you make your character sympathetic when she does unsympathetic things?” Kline points to Christina’s decision to stop speaking to a close friend in her tight-knit community--a vow she kept for the rest of her life. Had she been creating a work of fiction, Kline says, she would have effected an “external resolution of some kind--I’d have had the two bump into each other.” Her inability to change facts changed her as a writer. “I had to create internal resolutions for this character--it’s a more emotionally complicated response. And that deepened me as a novelist.”

Kline also worked hard to get Christina’s voice just right. The book includes plentiful dialogue, although many in Christina’s world were notably taciturn Mainers--especially her brother Alvaro, who rarely spoke at all. Kline wanted the dialogue to have a “freshness” while being faithful to its time; she frequently checked to make sure certain words were in currency. Mostly, she found herself paring back, working to distill as much meaning as she could get into as few words as possible. “I was ruthless about editing. Over and over again.”

Kline, who enjoys listening to audiobooks, especially on long book tours, is “thrilled” with people’s reactions to Polly Stone’s narration of the novel. “People have been telling me that her voice is perfect for Christina. I’m so glad to hear that.” She adds, “I chose Polly Stone. She wasn’t on my publisher’s initial list, and I went out and listened to all these narrators. She was just spectacular! I knew I needed someone who had a little grit in her voice and who also could do some of the work of making Christina a sympathetic character. And I thought she did that beautifully.”

Now researching her next novel--about the little-known history of women convicts sent to an island off Australia--Kline says she’s slightly wary of being labeled a historical novelist. Before ORPHAN TRAIN, she wrote only contemporary novels. “And I want to get back to that at some point! But I just found another story that’s so mind-blowingly excellent . . . that I can’t not do it. It’s another epic story--this one may be my biggest reach yet--about the kind of women who transformed Australia.”--Jessie C. Grearson