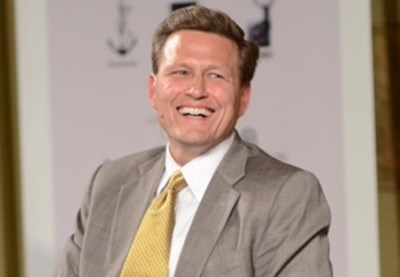 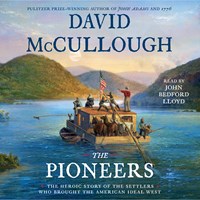 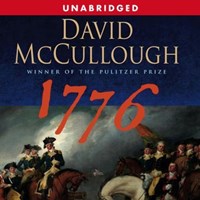 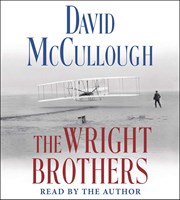 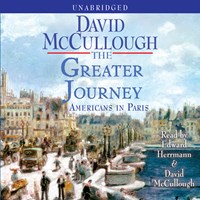 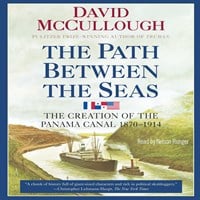 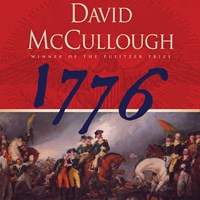 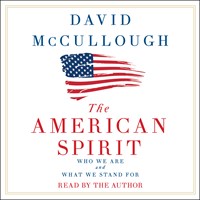 The historian and writer David McCullough thinks books ought to be written for the ear as well as the eye. “My wife reads to me, and I read to her,” says the author of the current bestseller JOHN ADAMS. “Reading aloud should not just be for children.” With a philosophy like this, it’s no wonder that works such as TRUMAN and THE GREAT BRIDGE (about the Brooklyn Bridge) translate so well to audio.

In addition to his writing, McCullough is known for his narrations of episodes of “The American Experience,” “Smithsonian World,” and “The Civil War” on public television. His start in broadcasting came in high school on KDKA in Pittsburgh. When Ken Burns made a film about the Brooklyn Bridge, he interviewed McCullough for the series. He liked McCullough’s voice so much, he offered him the job of narrator. That, in turn, led to his assignment with “Smithsonian World.”

His first love, though, is writing. He likes to cite a college professor he once heard: “The words on paper are like notes of music. They are all the same but are open for interpretation.” Because he cares so deeply about his words, he works carefully with the editors when his works are abridged for audio. “I thought they did a great job with TRUMAN,” he says. But he adds that he was unhappy with the initial abridgment of JOHN ADAMS. He didn’t feel they adequately captured the tapestry that was Adams’s life. He suggested they concentrate on selections, or readings, from the book, and not try to capture the whole of the work. The revision, he says, works well.

McCullough himself did the reading for TRUMAN. His distinctive voice is instantly recognizable to public TV viewers. One woman, though, told him his voice is so soothing that it puts her to sleep. “Maybe I should contract for a series of audiobooks for insomniacs,” he says with a quick laugh.

In TRUMAN, the audio abridgment includes the actual voice of President Truman. McCullough says, “A woman told me that she started to cry when she heard his voice. You can’t do that with the printed page. That’s one of the things that makes audio unique.”

McCullough says audio narration is a unique art form. It’s not acting, but it’s more than mere recitation. “Some actors overdo it, are overripe,” he says. “You have to pull back a little. It’s the hardest work you do. You can’t be overly dramatic, but you can’t be wooden, either.” For JOHN ADAMS, though, the reader is Edward Herrmann. His patrician-sounding baritone adds just the right sense of New England with no loss of understanding.—Rich Gotshall