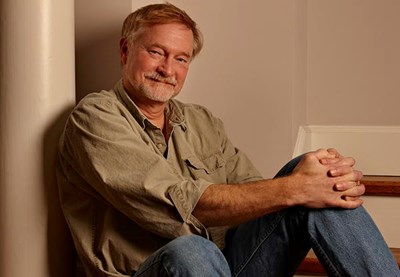 "Audiobooks get people involved in culture. Having the time to sit down to get absorbed in a book is a real luxury in today’s society." 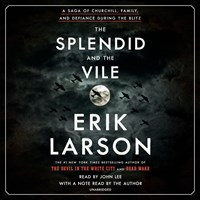 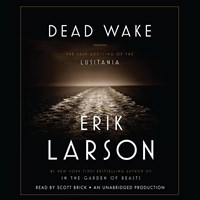 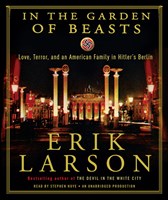 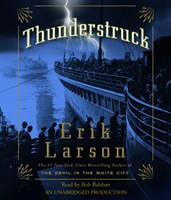 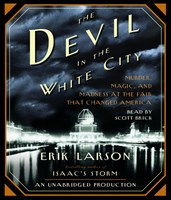 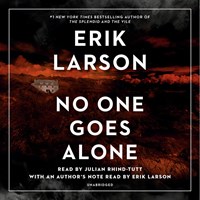 Author Erik Larson doesn’t listen to audiobooks because when he reads a book in print, he develops a sense of what the characters sound like, and he’s afraid the narrator won’t interpret the characters the same way.

So when his books are published in audio, does he do the narration himself, to capture that sense of voice?

Larson admits he has listened to audio versions of his works: ISAAC’S STORM, about the 1900 hurricane in Galveston, Texas; DEVIL IN THE WHITE CITY, which follows the converging paths of a serial killer and the Chicago World’s Fair of 1893; and his latest, THUNDERSTRUCK. “I adore Bob Balaban [the reader on the unabridged version of THUNDERSTRUCK],” he says.

Larson doesn’t dislike audiobooks. In fact, he sees them as a tremendously valuable resource for readers who face a long daily commute. Audiobooks provide a way for them to experience books that they might not be able to because of their schedules. “It gets them involved in culture,” he says. “Having the time to sit down to get absorbed in a book is a real luxury in today’s society.

“I think listening and reading are very different,” he adds. “My kids [three daughters] adore the narrations of the Harry Potter stories even though they’ve read the books multiple times. I’ll go past their rooms and hear them listening to the books, and they’re wrapped up in them. But the quality of the production [in the Harry Potter series] is so perfect. It’s easy to understand why they like them.”

Larson continues, “It’s like going to a movie after reading a book. It takes a while to make the adjustment from what you envisioned while reading to what you see on the screen. Once you make that adjustment, it’s OK, but until then it’s a bit of a problem.

“I’m a huge reader,” he says. His favorite authors are David McCullough, Barbara Tuchman, and Melissa Fay Greene. “I like to see how things [in a book] settle in my mind. Invariably, audiobook narrators read sentences differently from how I imagine them. Everyone brings something different to a work. It’s really reading as artistic interpretation.”

In THUNDERSTRUCK, Larson again explores two story lines that converge. In this case, they are Guglielmo Marconi and the development of wireless telegraphy and Hawley Crippen, a murderer whose capture was helped by the use of this new device. Larson said he had no plan to write another dual-narrative book after he finished DEVIL IN THE WHITE CITY. He was thinking about doing a book about wireless, and as he began researching ideas, he chanced upon a reference to a headline-making murder in the early twentieth century that his mother, a mystery aficionado, had mentioned when he was 12 or 13 years old. “I had Googled ‘wireless’ and wound up on a Web site, MarconiCalling.com. It had actual documents related to Marconi. In the index, I came across the name Crippen, which I remembered from my childhood. I’d had this name in the back of my mind since as long as I remembered. I thought, ‘Wow! This is great.’”

Larson calls this point where an idea blooms in his mind an “incendiary moment.”

So another dual-narrative book idea was born. So much for his vow not to do another book like DEVIL IN THE WHITE CITY.--Richard C. Gotshall