“As a reader, I’ve always loved the kind of excitement I discovered in the book that you couldn’t put down—the absolutely involving, captivating, surprising narrative. So as a writer, I try to keep myself as surprised and delighted as if I were reading the book myself.” 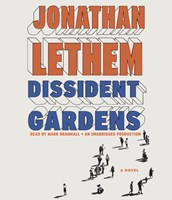 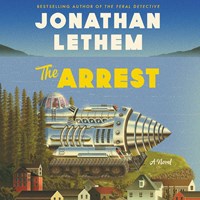 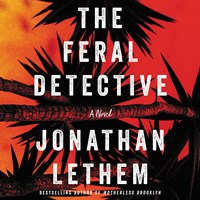 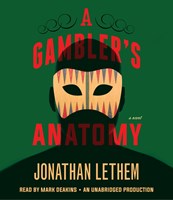 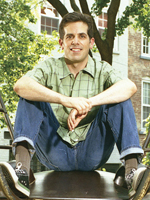 GUN WITH OCCASIONAL MUSIC (1994), Jonathan Lethem’s first novel, was lauded as a visionary work. His fifth novel, Motherless Brooklyn, a detective story featuring a narrator with Tourette’s syndrome, was his first to be adapted for audio, with an unabridged version read by Frank Muller and an abridgment performed by Steve Buscemi. FORTRESS OF SOLITUDE (2003) is an epic tale of race relations, rock music, and two Brooklyn boys with a magical ring. His newest work is a collection of short stories, MEN AND CARTOONS (see review), and in March, Random House Audio will publish a collection of Lethem’s personal essays, THE DISAPPOINTMENT ARTIST.

When AUDIOFILE tracked the author down during a busy signing tour, we asked him what he believes is his strongest asset as a storyteller. “As a reader, I’ve always loved the kind of excitement I discovered in the book that you couldn’t put down—the absolutely involving, captivating, surprising narrative. So as a writer, I try to keep myself as surprised and delighted as if I were reading the book myself.”

In addition to the surprise factor, Lethem’s work embraces all sorts of pop forms like rock and roll, comic books, and Hollywood film. “Whenever I stare at that term, ‘pop culture,’” he says, “I realize I don’t believe in the modifier. It’s all ‘culture’ to me. I find a lot of excitement in the tension between the excitement of pop forms and the more ruminative art of the novel.”

Speaking of the novel form, Lethem says he has to be against abridgments, on principle—although he’s very fond of the Steve Buscemi production. “I know a lot of people whose only encounter with MOTHERLESS BROOKLYN was with that abridgment, and they’re obviously having a good time. So I can’t disapprove too much. But I’m flattered that the publisher felt that readers of FORTRESS would demand the full text.”

When working on the FORTRESS audiobook, Lethem particularly enjoyed working with producer/director Jacob Bronstein. “We got to know each other as he waded into that text and had various questions on how to pronounce certain words or approach certain sections. He and David Aaron Baker were really thorough. It was a fascinating process for me.”

Lethem has had his own experience in the recording booth, as well, with THE DISAPPOINTMENT ARTIST. “It’s a collection of personal essays that explore of what it is to be a member of the audience, and to want the art to change your life. It’s about the life condition of being a culture fan. For the audiobook, I read the whole thing from start to finish myself. It’s a short book, so it wasn’t too intimidating a task.