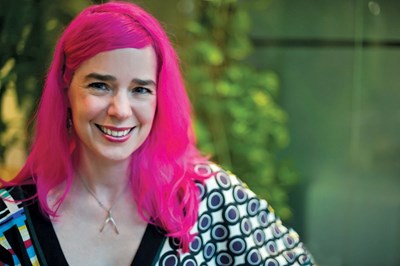 "YA readers are the best, the most engaged and most passionate." 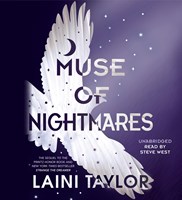 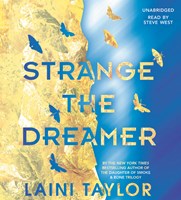 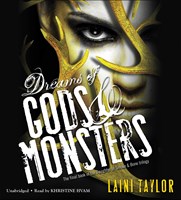 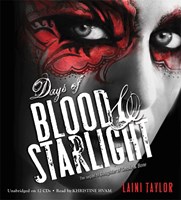 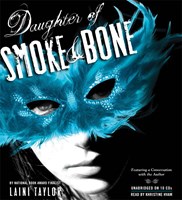 Bestselling author Laini Taylor always wanted to be a writer, but admits that early on struggles with perfectionism got in the way. Since she’s now written 10 books to wide acclaim, fans may be a bit surprised to discover that perfectionism still slows down her writing process. “I’m not a perfectionist in all things,” she reflects. “It’s not a conscious choice at all. When I’m writing, it’s difficult to find an actual flow--getting those words on the page and not worrying about whether everything is coming out perfect.” Perfectionism, she says, isn’t something she’s been able to conquer. That’s just how her brain works. “I feel like I have two speeds: I can either sit down and do a really fast free write, where it’s just an exercise, or I can work painfully slowly, sentence by sentence. What I’d really like is some middle speed.”

Taylor clearly loves everything about YA fantasy, including her fans. “YA readers are the best, the most engaged and most passionate.” She believes the genre allows listeners to not only escape reality but also to actively explore it. Fantasy, she argues, can inspire hope and belief. “The goal of realistic fiction is to reflect the truth of the world--too often, that we’re individually powerless, that there’s not much we can do to make a difference. I don’t find that very inspiring.” In contrast, she says, fantasy trains listeners to believe they can make a difference. “And you have a responsibility to try. In such dire times, if we don’t have young people who feel they have responsibility and the possibility of making change--we’re lost.”

Fantasy also offers people an opportunity to reframe issues they think they’ve made up their minds about. “I’ve encountered this wall in people’s minds, and no matter what you throw at it--like facts--they cannot change. But fantasy has this ability to get around the wall a little bit. Fantasy sneaks in, and people don’t recognize that their beliefs are being assaulted, not by facts, but by another perspective. They’re not on guard against it in the same way. Fantasy--it’s not only fun, it’s good for our brains!”

When writing, Taylor reads her work aloud frequently, which no doubt plays a role in her work’s success on audio. She’s delighted that her new book, MUSE OF NIGHTMARES, just won an Earphones Award. “I take a lot of pleasure in the sound of the language. It’s really important to me--that’s part of the perfectionism. What I’m dealing with in my brain is the sense that there’s one perfect form that this sentence can take, and I have to find it! Ridiculous, but that’s what I’m struggling with. Reading aloud to myself is part of that, getting the rhythm--and I love it! I love language, the rhythm and cadence. I have to stop myself from just doing it over and over because that’s easier than moving forward. It’s part of the perfectionist’s loop.”

In the past, Taylor says she fought the impulse to read her drafts aloud with a British accent. “The book I’m working on right now is trying to be born in a Scottish accent. For whatever reason.” But now she’s decided to let herself do it, suspecting that the practice helps her explore new worlds and characters. “Because it suits the story. The cadence is different. If I were in my mind writing this book in an American accent, it would be different than in a Scottish accent; an accent affects my character’s voice and word choice and my syntax. So I just go with it--and make sure no one can hear me.”

She’s an enthusiastic audiobook listener--as is her daughter, who loves listening to audiobooks while drawing. “She really loves the Nancy Drew series, read by Laura Linney. She’ll tell me about all the things she’s picked up--like what to do about snakebite, which is, of course, factually inaccurate! No, do not learn how to treat snakebite from Nancy Drew!”

Taylor says that she deeply appreciates the power of audiobooks to make her own work new again. “By the time I’m finally done, the production process--proofing and copyediting--is so long. By that point, right when it’s going out into the world, it feels dead to me on the page. I can’t experience it in any fresh way at all. I can’t engage with it.” But then hearing a narrator’s take on it--like that of Khristine Hvam or Steve West--“brings it back to life for me. I love that experience.”--Jessie C. Grearson