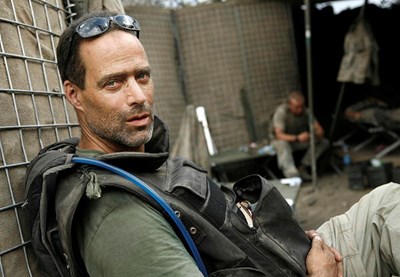 "To keep the proper reading pace, I had a pencil in my hand and moved it in a cadence that reflected the rhythm of the sentences; it pulled me along and I stumbled less.” 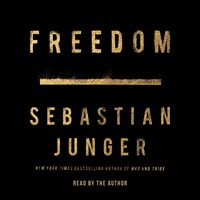 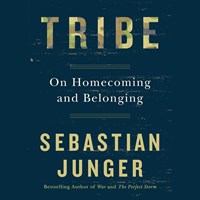 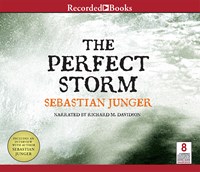 When the audio version of War was being produced, author Sebastian Junger decided to do the reading himself.

It wasn’t out of vanity. After all, he’d left the reading of his other bestsellers, FIRE and THE PERFECT STORM, to others. It was because the book was so personal, so intimate.

“None of those books are written in the first person,” Junger says. “This book involved me quite a bit. The other books were works of reporting, but they weren’t coming out of my experience. There were no first-person references. It would have felt strange to me, and maybe disappointing to others, to have someone who wasn’t me saying ‘I’ referring to me.”

But make no mistake. This book is not about Junger. It’s about Second Platoon, Battle Company, during an eighteen-month deployment to the Korengal Valley of Afghanistan, a place so hostile that when Russia invaded Afghanistan, the troops didn’t go there. Junger was embedded with the unit, spending considerable time with them, both under fire and during periods of relative calm.

Second Platoon was considered the “best-trained and worst-disciplined” unit in the command, an irony, Junger points out, that makes the platoon one of the best frontline fighting units in the Army--“the tip of the spear,” as they were called. Junger’s role was as observer and recorder. But the book explores the men as individuals as well as a unit, and listeners will get to know several of them well.

Previously, Junger had recorded only the introduction to the audio version of Fire, so life in a recording booth was new. “I was amazed at how hard it was to do the recording,” he says of the two and a half days in the studio. “It’s not the kind of thing you think about. It never occurred to me how difficult it is to read a book. I mean it’s actually difficult.

To keep the proper reading pace, he almost became a musical conductor with a small baton. “I had a pencil in my hand, kind of like I almost turned into my own little conductor in the booth. If I moved my hand in a kind of cadence that reflected the rhythm of the sentences, it somehow pulled me along through the sentences, and I stumbled less and spoke better. There was some connection between my speaking and my hand movement so that, once I got that in a groove, I could actually read better.”

Junger’s book captures the violence and contrasts of life on the front lines of war. But he doesn’t see himself as a twenty-first-century Ernie Pyle. If anything, his touchstone as a war correspondent is DISPATCHES, the 1977 book about the Vietnam War by Michael Herr. The author teamed with photographer Tim Hetherington. Junger also carried a video camera. Some of these images are included in the documentary film Restrepo: One Platoon, One Year, One Valley, which will be released in July.

Junger has been to Afghanistan several times. The first was in 1995 to record the resistance to the Taliban by local militias. He returned to Kabul almost to a hero’s welcome after the Western allies overthrew the Taliban, and then once again for this project. He would like to go back at some point.

War is not a political work. It’s about the men who fight the war and spend little time thinking about larger geopolitical questions. Their only concern is staying alive and fighting “the bad guys” who are shooting at them.--Richard C. Gotshall