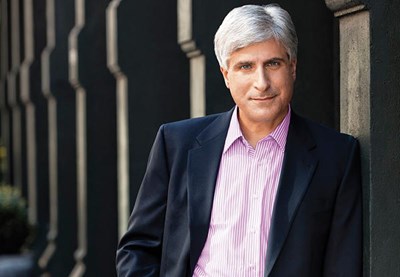 “My stories are action, secrets, conspiracy. They move fast and are told from several points of view. There’s a lot of suspense and tension. They work well as audiobooks." 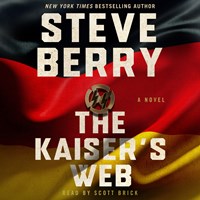 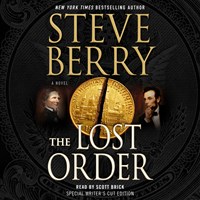 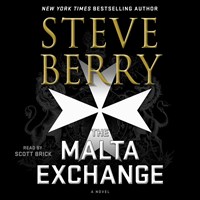 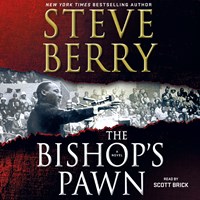 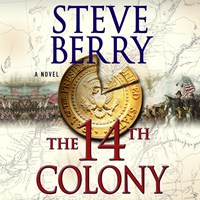 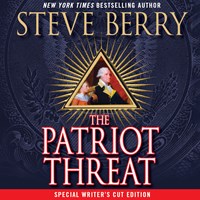 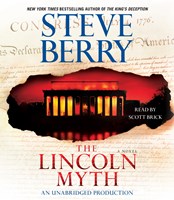 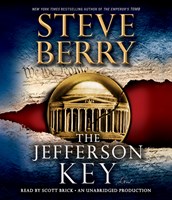 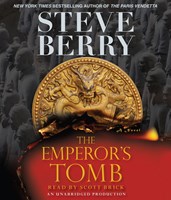 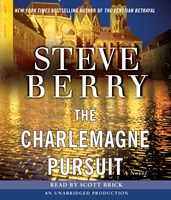 Bestselling novelist Steve Berry is trying something new with the audiobook release of his new history-based thriller, THE PATRIOT THREAT. “I don’t think anyone’s ever done anything like this before. It’s called the Writer’s Cut.” He’s moving the author’s notes that he usually has at the end of the book to the end of each chapter, and the listener can chose to hear him explain a particular historical fact or story point on the disc or download. Berry says he recently took a car trip with some friends, and they wanted listen to one of his books. “That’s one of the last things I would want to do because I’ve pretty much learned every line by heart. But to keep my attention, I would stop the disc and tell them something about that chapter that no one knew but me.”

Berry’s new Cotton Malone adventure features the former member of an elite intelligence division inside the Justice Department doing what he does best: solving a mystery and saving the day. Berry says getting Malone into the thick of the action against a devious antagonist allows him to write in a slam-bang cinematic style.

Berry says, “My stories are action, secrets, conspiracy, and international settings. They move fast and are told from several points of view. There’s a lot of suspense and tension. They work well as audiobooks. I’ve listened to Scott Brick’s work in the past, and he keeps everything moving along nicely. He works with me before the recording process. The foreign stuff is great; his accents are good.” Berry says years ago he got to pick Brick to narrate one of his books, and he’s been doing them for a long time.

Brick himself says Berry’s books require careful thought and planning to let the action play out just right. “The challenge of narrating the action sequences is to keep Steve’s tempo in mind. There’s a rhythm and cadence to them that I liken to being on a roller coaster. Every coaster features a long buildup as you get closer and closer to the summit, and if you can’t see ahead of you, there’s the tendency to assume that you’ve reached the tipping point, that you’ll immediately swing downward into the action. But in the case of a great writer like Steve, no, that moment doesn’t come when you think it does. The anticipation keeps building, and the payoff is even more satisfying because of it. So my challenge when I’m narrating his work is to not tip too swiftly or to move things along so fast that I’ll miss the moments where the tempo shifts again and we swing onto another track.”

Berry does extensive research, some of which will likely be shared in the audio extras, to fill that small “what if” gap that makes his work so entertaining. “I find something real, something that you may not know a lot about, and then I weave a modern-day tale around it. I’ve found that readers like it if I can keep the story as close to reality as humanly possible. My primary job is to entertain.”

Brick says portraying a character in a series of novels is challenging, especially when a historical character appears and there’s no description of how they actually sounded. “For someone like Abraham Lincoln, you have to consider where he was born, raised, and educated, in this case Kentucky, Indiana, and Illinois. Obviously, it’s all speculation, and nobody expects you to be precise. So as long as the listener hears some semblance of that background in my characterization, then that’s fine.”

Brick has recorded several of the Cotton Malone novels, and says Berry writes for the ear, the eye, and the heart. “I can tell you, personally, that the scene in which Cotton finally learns what happened to his father all those years ago, and deals with that loss, is one of the most riveting scenes I’ve ever read. I was absolutely devastated when I read it. I had to fight hard to keep from blubbering simply so listeners would be able to understand what I was saying.”

It’s because of his stellar narration that Berry says of Brick, “He brings it to life.”--Randy O’Brien