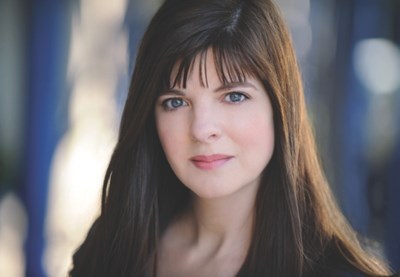 "By being a narrator, I've gone on all sorts of adventures I never thought I'd go on." 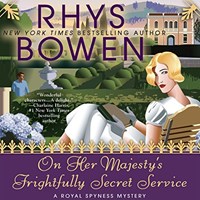 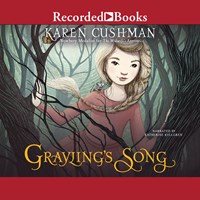 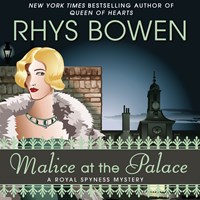 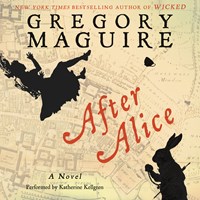 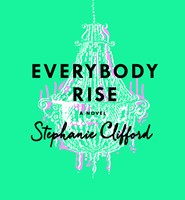 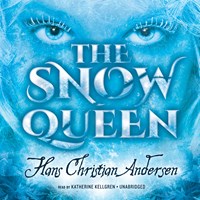 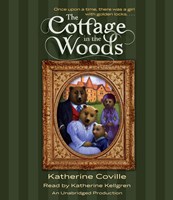 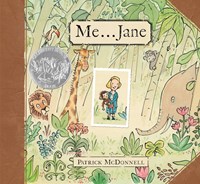 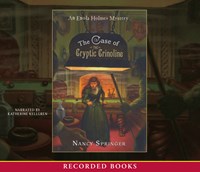 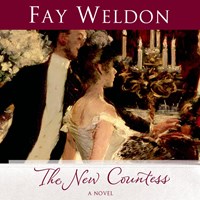 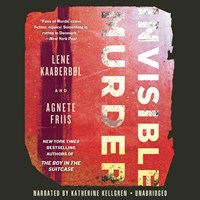 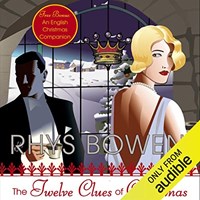 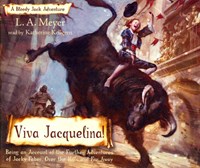 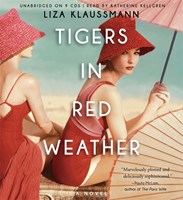 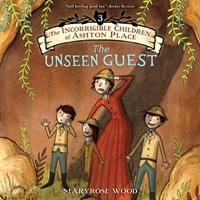 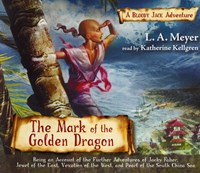 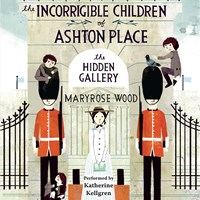 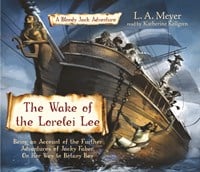 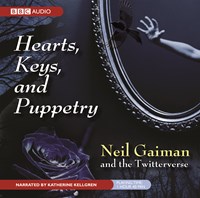 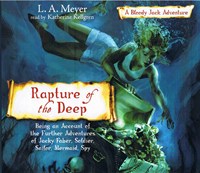 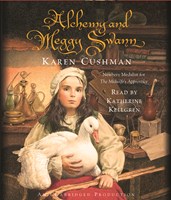 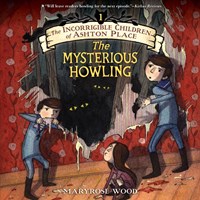 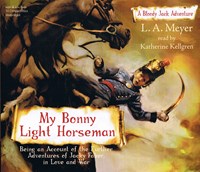 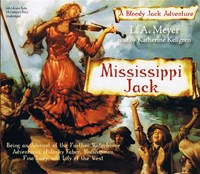 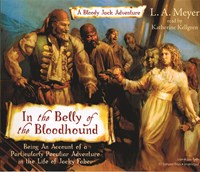 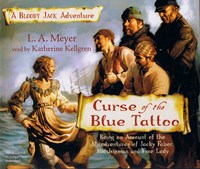 �We have sad news to share.  Our friend and celebrated narrator Katherine Kellgren passed away after a long battle with cancer.

Though a New York native, her time in London and her facility with the craft of narration convinced many that she was actually British. Katherine was known for her ability with accents, her immersion into the characters, and her own appreciation for the audiobook art form. Her performances brought great pleasure to those who listened, and her presence at any gathering brought smiles to the faces of those who knew her. Her body of work included titles by L.A. Meyer, Rhys Bowen, Beatrix Potter, Sophie Kinsella and Seth Grahame-Smith.

Katherine received many honors in recognition of her mastery of audiobooks: Audie Awards (including four for best female narrator), the Odyssey Award, Publishers Weekly Listen Up Award, AudioFile Magazine Earphones and Golden Voice Awards, Booklist Voice of Choice and many, many excellent press and listener reviews. Her legacy of beautifully narrated audiobooks shall live on in our hearts and in our ears, as we mourn her too-soon passing. [January 2018]

Narrator Katherine Kellgren, who died of cancer in January at age 48, possessed grace and poise reminiscent of an earlier century. She also sparkled with an infectious zest for life. Her passing has left the audiobook community simultaneously heartbroken and grateful for her indelible performances, which live on. As a listener from Georgia said on Katy’s obituary page, “This is such a huge loss to the world. Her voice has been my friend for many years.”

Kellgren, a native New Yorker, fell in love with audio performance in childhood, spending happy hours with her family listening to Caedmon Records’ spoken-word recordings of poetry and drama, including Sir John Gielgud’s recitals of Shakespeare. Perhaps inevitably, she went to drama school in London. She then spent 12 years on British and European stages before returning home. Kellgren gravitated into audiobook narration after reading aloud to her father during his battle with Parkinson’s disease.

In 2004, Tim Ditlow, then publisher of Listening Library, signed her to read the first in a series from Sue Limb: GIRL,15, CHARMING BUT INSANE. Now vice president for content with Epic!, an ebook subscription service for kids, Ditlow says, “It’s always a risk to make that kind of commitment with a relatively unknown narrator, but I knew immediately that we were in the best of hands. Katy’s humor and stunning accent work were terrific. She handled everything with care, homework, and diligence. Put simply, she had presence. It wasn’t long before she became a star.”

During her short career, Kellgren narrated more than 250 audiobooks and received numerous accolades, including many Audie and Earphones Awards. While specializing in children’s literature, she read everything from Henry James’s THE GOLDEN BOWL to Seth Grahame-Smith’s PRIDE AND PREJUDICE AND ZOMBIES, as well as such popular series as Rhys Bowen’s Her Royal Spyness and L.A. Meyer’s BLOODY JACK.

Between acting and recording sessions, Kellgren collected rare books, honed conversation into an art form, found love with husband David Cote, and encouraged others. “When I was about to narrate my first audiobook, Katy spent an hour reassuring me and giving me tips--despite never having met me,” posted Janis Ian on Facebook. “She was a glorious human being.”

Claudia Howard, artistic director of Recorded Books, worked most recently with Kellgren on the middle grade novel GRAYLING’S SONG, for which the actress composed music in addition to narrating. It’s one of many recordings that will forever delight listeners. “Being able to hear a departed friend read to you, breathe and feel and joke, gives you access once more to their full heart and soul,” says Howard. “Among all Katy’s many gifts, perhaps we most cherished her warmth, compassion, and goodwill. She brought a lot of sweetness into the world, and it lingers still.”--Aurelia C. Scott [APR/MAY 2018]

Katherine Kellgren remains one of our favorite, most dynamic voices. Is it because of her no-holds-barred portrayals of the irrepressible Jacky Faber (and motley company) in adventures like THE WAKE OF THE LORELEI LEE and THE MARK OF THE GOLDEN DRAGON? Her aptitude with accents? For the last couple of books she's worked with a dialect coach. "As Jacky's adventures lead her farther afield, the accents get more and more complicated," Kellgren tells us. Maybe it's her lovely singing voice? Many of the Bloody Jack books feature traditional sea chanteys and ballads--all in a day's work for a skilled narrator. "Some of them are sung by men or whole choruses of prim schoolgirls or drunken Scotsmen," Kellgren says. At one point, she went to a singing coach and asked him to help her sing in a key that could sound like a drunken Scotsman. "He said it was one of the weirdest things he'd ever been asked to do." Or maybe the real secret of her appeal is the pleasure she so obviously takes in telling, and sharing, a good story. "Audio encouraged me to develop a love of reading and literature," Kellgren tells us. "By being a narrator, I've gone on all sorts of adventures I never thought I'd go on. It's such a wonderful job--I feel so blessed to be able to do it."--2011 Best Voice in YOUNG ADULT & FANTASY

The first time Katherine Kellgren narrated an audiobook, it was a book she made for her father. "He had Parkinson's disease, which affected his ability to read, and he'd been a great reader. There was a particular mystery writer he loved, Freeman Wills Crofts." She asked him to choose a Crofts novel he liked, which she then recorded on cassette for him, editing it herself using the rewind button.

About her first professional narrating job, she confesses, "I got it as a fluke because the woman who was scheduled to do it dropped out at the last minute." She remembers auditioning over the phone for the producer, who was stuck in a blizzard. She read from OUT OF AFRICA, and she got the job. In a mere six years since then, Kellgren has recorded well over 100 audiobooks and won four Audie Awards, three ALA Odyssey Honors, eight AudioFile Earphones Awards . . . and the list of honors goes on.

Born in New York City, Kellgren always enjoyed performing and has always been an avid audio listener. Early favorites include Caedmon recordings of John Gielgud, Dame Edith Evans, and Ralph Richardson, a collection of records she bought with her pocket money from a street vendor who sold them off a blanket. "Listening to audiobooks when you're a child is very helpful for literacy," she says. "I know it helped me fall in love with reading."

Kellgren lived in London for 12 years, studying acting at the London Academy of Music and Dramatic Arts, where she had speech and dialect training. "I wanted technical training that would work on my voice. So many of the actors I admired were wonderful with their voices--people like Gielgud and Evans, whom I grew up just idolizing. I wanted to be able to use my voice properly as an actor."

Among Kellgren's award-winning characterizations is that of the indomitable Jacky Faber, a creation of novelist L.A. Meyer. The Bloody Jack series, about an eighteenth-century young Englishwoman who takes to the high seas, calls for an enormous amount of research. Meyer and Annetje, his wife, are particularly helpful in tracking down the tunes Kellgren sings in the books--authentic sea chanteys and ballads from centuries gone by. Along with the challenge of singing them a cappella comes the added difficulty of singing them in character. "Some of them are sung by men or whole choruses of prim schoolgirls or drunken Scotsmen." At one point, Kellgren went to a singing coach and asked him to help her sing in a key that could sound like a drunken Scotsman. "He said it was one of the weirdest things he'd ever been asked to do." For the last couple of books she's worked with a dialect coach. "As Jacky's adventures lead her farther afield, the accents get more and more complicated."

Further preparation involves locating all the character voices that recur in the sequels and making a playlist for them in iTunes. Kellgren isolates the character voices using GarageBand and puts them into her iPod so she can refer to them when she's recording. Additionally, she goes through her script and color-codes all the various characters. "It takes a long time when I'm preparing any book, but the Jacky books take an awful lot of time."

Kellgren is currently re-listening to Alfred Molina's recording of TREASURE ISLAND. "I think it's my third time. And I'm also listening to PEACE, LOCOMOTION by Jacqueline Woodson, narrated by Dion Graham." She's about to record A RATHER CURIOUS ENGAGEMENT, by C.A. Belmond, and she's excited about narrating some Eudora Welty short stories. She's also slated to record another in the children's series Tales of the Frog Princess, by E.D. Baker. The new one's called DRAGON PRINCESS.

"Audio encouraged me to develop a love of reading and literature," Kellgren tells us. "By being a narrator, I've gone on all sorts of adventures I never thought I'd go on. It's such a wonderful job--I feel so blessed to be able to do it."--S.J. Henschel

Katherine Kellgren is a marvel with accents. When she's narrating the adventures of Sherlock Holmes's young sister in THE CASE OF THE BIZARRE BOUQUETS , she mirrors Enola's skill at disguises: "She speaks the accent of a street urchin and turns a shopkeeper's posh accent to Cockney in a tirade." And when she's relating the seafaring excitement of Mary "Jacky" Faber's life in the Royal Navy, she believably inhabits officers, sailors, and ship's boys alike. "Kellgren has us convinced of Mary's gutsy nature, and we're not a bit surprised when, at 13, she takes to the high seas, hiding her female identity on a Navy ship, becoming ‘brave Jacky.'" L.A. Meyer, author of the Bloody Jack series, finds Katy's narration to be spot-on. "I hadn't realized how difficult this is until I had to do a reading," he says. "I found the accent incredibly difficult to read aloud, so when I heard Kellgren's reading, I was enthralled." This year's CURSE OF THE BLUE TATTOO is the second in the series and finds Jacky in the dangerous waters of an elite Boston school for young ladies. Katy Kellgren's energy and dedication make this series can't-miss listening--she is definitely a narrator to keep an ear out for.