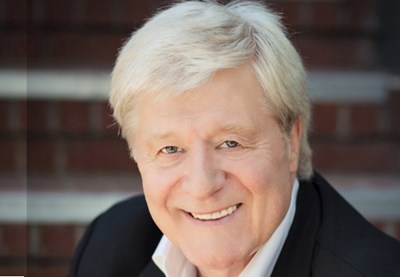 "He opens up the finest of classic literature in a way that is approachable and astute." 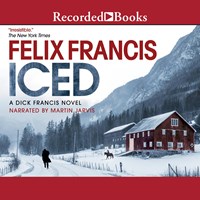 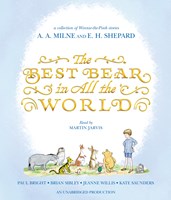 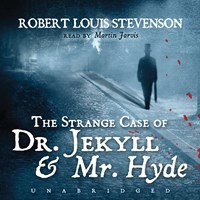 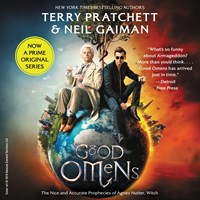 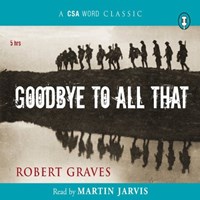 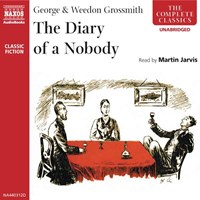 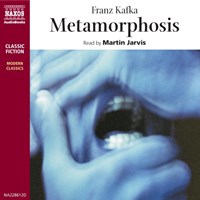 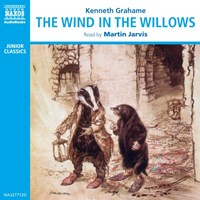 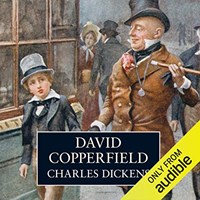 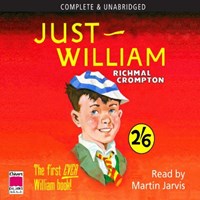 Martin Jarvis is one of Britain's most distinguished and versatile actors. He has narrated and produced audiobooks in the UK and is beginning to apply his narrating talents to audiobooks in the U.S., as well. Martin narrates Dick Francis's newest mystery  10 LB. PENALTY  ; seven other Francis titles narrated by Martin are available only in Britain. His appearances in West End theater productions are numerous, including Sir Peter Hall's ON APPROVAL, Alan Ayckbourn's WOMAN IN MIND and Michael Frayn's EXCHANGE, a performance he repeated in Los Angeles. Martin's appearances for BBC Television include classics: "Nicholas Nickleby," "David Copperfield" and "The Pallisers"; P.D. James's "The Black Tower"; and episodes of "Inspector Morse" and "Rumpole." Working in the United States, Martin appears as Sir Cosmo Duff Gordon in the movie TITANIC, as well as narrates the audiobook for Audio Partners. One of Martin's favorite audiobooks is the children's story  JUST WILLIAM  . It's a popular favorite in Britain but has yet to be released in this country. Martin has narrated numerous classics available from Chivers Audio Books, including  HARD TIMES  ,  OLIVER TWIST  ,  DAVID COPPERFIELD  and  GREAT EXPECTATIONS  .—[December 1997]

December 2009:    In honor of the 2009 U.S. release of GOOD OMENS on audio, AudioFile's Editors spoke with the narrators of Neil Gaiman and Terry Pratchett audiobooks.

December 2007:   Globetrotted for stage, radio, TV, and audiobooks as both director and performer. Audio theater projects include DOCTOR WHO AND THE INVASION OF THE DINOSAURS for BBC Radio and SWEENEY TODD for Blackstone. The year would not have been complete without Martin recording the latest Dick Francis mystery, DEAD HEAT .

December 2006:   Martin brought Beatles' fans a memorable look at the Abbey Road studios in Geoff Emerick's HERE, THERE AND EVERYWHERE . Two of Martin's ensemble titles, THE HISTORIAN and THE SHERLOCK HOLMES THEATRE, were recognized at the 2006 Audies. He also introduced us to a little-known classic of English suburban life, DIARY OF A NOBODY , which picked up an Earphones Award and an appreciative audience. Martin revisited the familiar ground of Dick Francis's jockey mysteries in UNDER ORDERS, and he was featured with Rosalind Ayres in a recent L.A. Theatre Works production of PACK OF LIES .

December 2005 :   This year, along with Joanne Whalley, Dennis Boutsikaris, and others, Martin recorded Elizabeth Kostova's THE HISTORIAN , which Time Warner tells us continues to "fall off the shelves." He recorded the latest in his award-winning Just William series for BBC Audiobooks America, and PICCADILLY JIM by P.G. Wodehouse for CSA in the UK. Martin received AudioFile's Earphones Awards in 2005 for Michael Frayn's SPIES and for his own memoir, ACTING STRANGELY .

December 2004:   Martin and his wife, Rosalind Ayres, continue to produce audiobooks as well as stand behind the microphones. They are producing David Mamet's new play "Faustus" for the BBC, and a bio of the royals: "Phillip & Elizabeth: Portrait of a Marriage." Martin's reading of Jerome K. Jerome's THREE MEN IN A BOAT will be out from Naxos next year. We've honored ORSON'S SHADOW from L.A. Theatre Works with our Earphones Award and enjoyed Martin's skill with Jeffrey Archer's popular thrillers. Appearing in London in the Gielgud Centenary Gala with Judi Dench and Rosemary Harris, Martin read from Oscar Wilde and Shakespeare.

December 2003:   Martin's second book, Broadway, Jeeves?, The Diary of a Theatrical Adventure , which chronicles the 2001 Broadway run of By Jeeves , has been published in the U.K., and the audiobook will soon follow. Jarvis's reading of Wodehouse's MY MAN JEEVES is already a success here. Two narrations by Jarvis in 2003— METAMORPHOSIS and THE WIND IN THE WILLOWS —earned Earphones awards. And, for JUST WILLIAM fans, try the latest MORE WILLIAM.

December 2002:   Martin won a Theatre World Award for his performance of Jeeves on Broadway in 2001 and now brings listeners MY MAN JEEVES , a new collection of Wodehouse stories. New recordings of THE WIND IN THE WILLOWS and Kafka's METAMORPHOSIS , from a new translation, headline Martin's fall audios, along with the Booker-nominated FAMILY MATTERS by Rohinton Mistry.

December 2001:   Martin has begun to introduce himself to young American listeners with OUCH! by Natalie Babbitt, winner of the 2001 Audie Award for Children Ages 0-7, and the soon to be released THE 101 DALMATIANS by Dodie Smith. Martin is known and loved by British children for his recordings of JUST WILLIAM —an audio still unavailable to American listeners. Martin is also taking center stage—literally—on Broadway where he is currently starring in BY JEEVES by Alan Ayckbourne and Andrew Lloyd Webber. Martin and his wife Rosalind Ayres were the masters of ceremony at the 2001 Audie Awards, where they also received an Audie Award for TEN BY MAUGHAM , short stories by W. Somerset Maugham.

December 2000:   For Martin, the year started off with Officer of the British Empire (OBE) honors from Queen Elizabeth—a fabulous tribute to his dramatic achievements. Listeners are lucky indeed that Martin continues to find time for audiobooks and that we can enjoy his finesse and sure narrative touch—whether with classic literature or a children's story. For years, Martin has been involved with the fabulously popular (in Britain) Just William stories—tales of an irrepressible 11-year-old. Now that Harry Potter has had such success here, perhaps William will be next. Martin and his wife, Rosalind Ayres, produced and recorded TEN BY MAUGHAM , celebrated with an Earphones Award last issue and now getting national attention on radio. They also produced George Bernard Shaw's THE DEVIL'S DISCIPLE, with a distinguished American cast, for a gala BBC Radio production to commemorate the fiftieth anniversary of the playwright's death. No word as yet whether we'll have the opportunity to listen to this in America.

December 1999:   In just the last three years American listeners have had opportunities to enjoy Martin's narrations. Well-known and acclaimed in his native England, Martin has delighted listeners with exceptional performances of Dickens. GREAT EXPECTATIONS , A TALE OF TWO CITIES and NICHOLAS NICKLEBY capture the rich characters effortlessly and show Martin's immense vocal range. He opens up the finest of classic literature in a way that is both approachable and astute. Martin is a magnificent presenter of any material, often transcending limits of a written work by his deft understanding of the subtext. This ability to get "under the skin of the author" makes his work enlightening, whether it's satire, thriller, literature, or a work by a new author like Richard Mason's THE DROWNING PEOPLE . His skill enlivens an abridgment, as he has many Dick Francis titles as well. Martin often mentions his objective to create "sound pictures" for the listener, and he does so with distinctive grace. Martin published his memoir, ACTING STRANGELY , this year, and yes, it has been recorded, as a radio play!

December 1998:   Martin and his wife, Rosalind Ayres, have extended their experiences behind the microphone to the complete production process as Jarvis & Ayres Productions. Busy now with scheduling radio plays for the BBC, Martin also is proud of their recent audiobooks, HARD TIMES , A NIGHT TO REMEMBER —in an original adaptation and the unabridged form— OLIVER TWIST and the upcoming A TALE OF TWO CITIES . Martin sees himself "opening a little time capsule" in the world of Dickens and making these classics accessible through "the world of the ear." Martin has also been involved with L.A. Theatre Works productions and will appear in Shaw's THE DOCTOR'S DILEMMA , a show he played last summer in London.