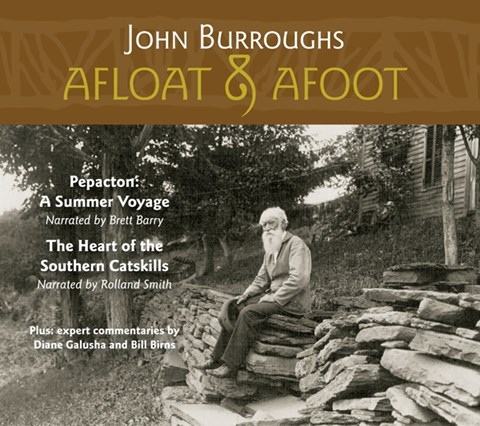 John Burroughs (1837-1921) was a New York naturalist/essayist whose timeless words are skillfully brought to life by narrators Brett Barry and Rolland Smith in two essays. In "Pepaction: A Summer Voyage," Barry takes us down the Delaware River with Burroughs. Listeners can almost see his shadow on the water and hear him complain when he discovers that a woman who sold him milk skimmed off the cream. Smith narrates "The Heart of the Southern Catskills," which takes listeners on a difficult climb through primitive woods. We get a quick glimpse of the mountains as the clouds briefly part. Each essay closes with an interview from Burroughs experts Diane Galusha and Bill Birns. Most memorable is a recording of the bird called Bicknell's thrush, which can be found only on Slide Mountain. S.G.B. © AudioFile 2015, Portland, Maine [Published: JULY 2015]