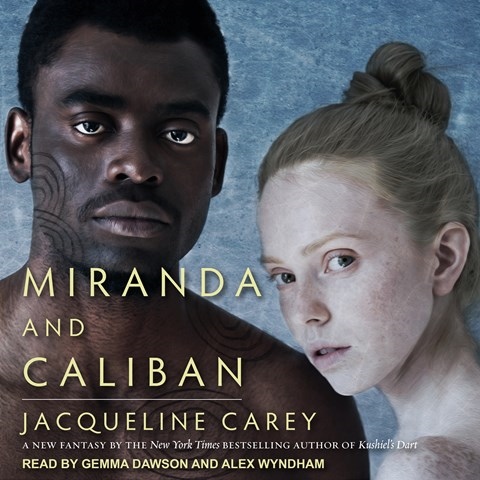 Even after 400 years, Shakespeare's TEMPEST still captures the imagination. This reworking of the play is told alternately by Miranda and Caliban, who meet as children and grow increasingly close as they mature into teens. Alex Wyndham's portrayal of Caliban, the wild boy whom Prospero attempts to tame and enslave, is emotionally vivid, evoking the boy's curiosity and fear, wonder and loneliness. Gemma Dawson's rhythmic cadence and more restrained delivery highlight Miranda's roots in the European gentry, creating a stark contrast between the protagonists. Neither narrator sounds youthful, and listeners will have to remind themselves that Miranda and Caliban are quite young. As Prospero's schemes come to fruition--with the storm raging and the teens' fates sealed--Wyndham excels at providing the needed drama. C.B.L. © AudioFile 2017, Portland, Maine [Published: MARCH 2017]