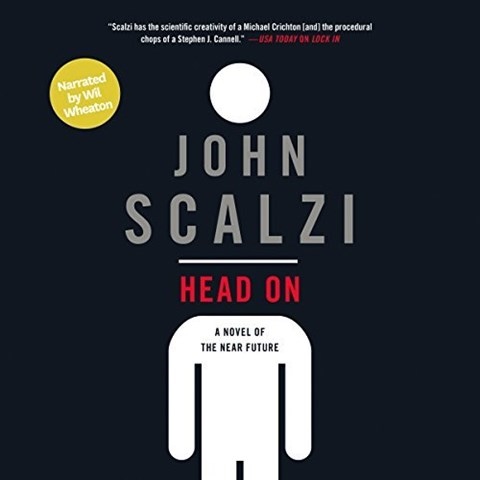 HEAD ON Lock In Series, Book 2

Narrator Wil Wheaton's amiable, engaging performance perfectly suits author Scalzi's blend of snarky dialogue and twisty plot. Part near-future sci-fi and part police procedural, the story follows FBI agent Chris Shane as he investigates the suspicious death of a professional athlete. Hilketa is a wildly popular sport played by "threeps"--robot-like machines controlled by the brains of the players, who suffer from a disease that has paralyzed their physical bodies. Damage to the threeps shouldn't harm players, so when a threep loses its head mid-game and the controlling player dies, Shane, who also uses a threep, is sent to investigate. Wheaton makes Scalzi's intricate world fun and accessible. E.C. © AudioFile 2018, Portland, Maine [Published: JUNE 2018]