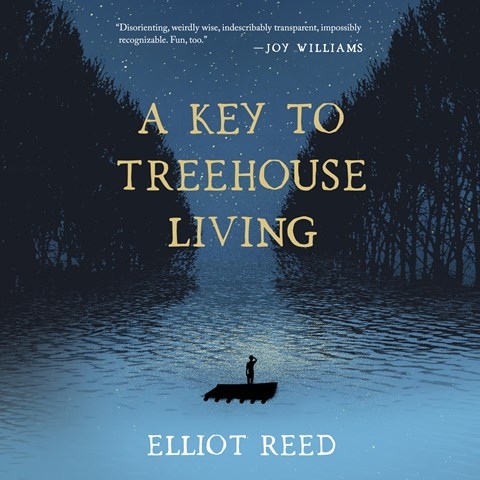 A KEY TO TREEHOUSE LIVING

The joy, pain, confusion, and wonder of adolescence are exquisitely rendered in this captivating novel, which has been given a terrific performance by the talented Michael Crouch. Crouch perfectly channels the tonal characteristics and unmoored enthusiasm of William, a young man whose life is in disarray. His mother is dead, his father has vanished, and he's living with an understanding uncle who may have a gambling addiction. As William navigates the often mystifying world of relationships and societal rules, he shares his story with us in the form of a semi-alphabetical glossary: absence, bugling uncle, courage, sardines Ă  la ketchup, sleeping on the floor. The entries, so thoughtfully rendered by Crouch, transport the listener as they reveal William's life and innate wisdom. A.C.S. Winner of AudioFile Earphones Award Â© AudioFile 2018, Portland, Maine [Published: NOVEMBER 2018]