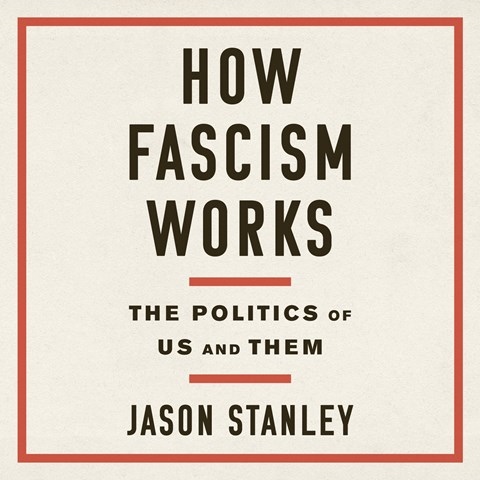 HOW FASCISM WORKS The Politics of Us and Them

History's dictators have all had unique characters, but many of them followed similar patterns as they rose to power as populists and ultimately became despots. In this concise and thoughtful work, MacLeod Andrews's narration is an ideal complement to the writing: His pace is just slow enough to allow the arguments to sink in but brisk enough to avoid a lecturing tone. Stanley's writing is remarkably clear and free of jargon, more journalistic than academic. He outlines a series of strategies that fascist leaders have typically used, including creating a mythic past, scorning intellectuals, and elevating some groups over others. Then he offers telling examples of how our current POTUS has used each one. D.B. © AudioFile 2018, Portland, Maine [Published: OCTOBER 2018]