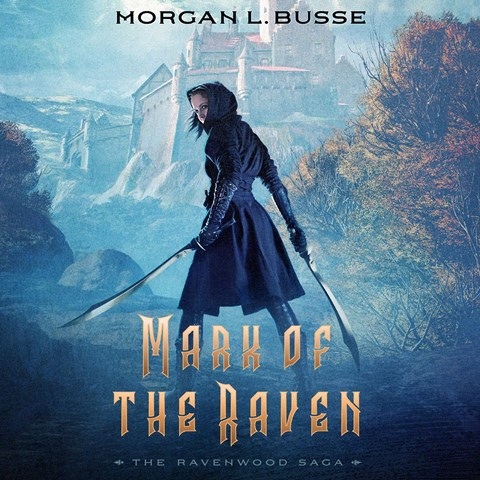 MARK OF THE RAVEN The Ravenwood Saga, book 1

In the first of a new series called The Ravenwood Saga, narrator Jaimee Draper sets a tone of solemnity as the Great House of Ravenwood awaits the changes of young Lady Selene. Draper adds intensity as Selene suffers pain while receiving her gift of dreamwalking. More horrific, Selene learns that entering others' dreamscapes might mean their deaths. Draper introduces Damien, the story's second hero, just as poignantly. Like Selene, he possesses a strength he'd rather not have and suffers from terrible guilt for deaths he unexpectedly caused. When Selene and Damien meet, there's an attraction, but Draper's dark tone suggests their future may be in doubt. With clarity, Draper also establishes minor characters, specific settings, and an engaging world in which seven houses rule amid secrets and power struggles. S.W. © AudioFile 2020, Portland, Maine [Published: JANUARY 2020]