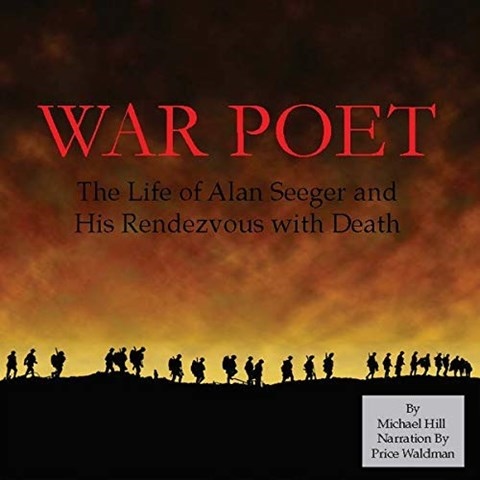 Narrator Price Waldman deftly introduces Alan Seeger, the American WWI poet known for his fascinating life and the moving poem "Rendezvous with Death." Before dying in the Battle of the Somme, Seeger led a self-centered life steeped in privilege and famous people. Waldman masterfully captures the 1900s speech patterns and diverse accents. His portrayal of Seeger, particularly as a child, is outstanding. Listeners will follow Seeger as he lives in New York City and Mexico, attends Harvard, and, finally, falls in love with France. It's inspiring to hear him mature after he joins the French Foreign Legion to defend the country he adores. Most riveting are his descriptions of the battlefield and observations of his fellow soldiers. His letters home encouraging his mother to be a "Spartan Mother" are heartbreaking and realistic. S.G.B. © AudioFile 2018, Portland, Maine [Published: NOVEMBER 2018]