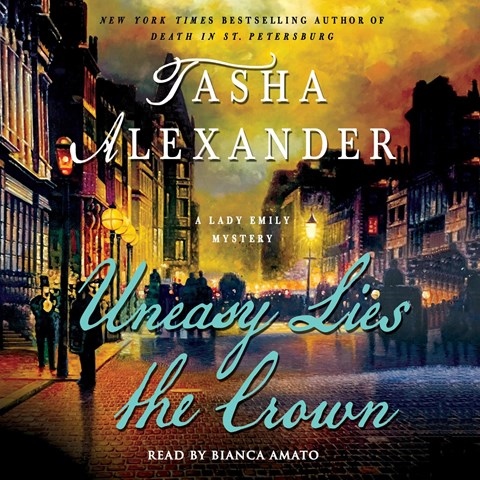 Narrator Bianca Amato takes listeners to England in the days following the death of Queen Victoria. Lady Emily and Sir William Hargreaves become aware that a plot against the new king is being hatched. In alternate chapters, Amato takes listeners back to 1415 as Sir Colin Hargreaves, ancestor of Sir William, fights alongside King Henry V at Agincourt while his bride waits at home praying for him. While providing an understanding of Sir William's background, these chapters fail to contribute significantly to the plot despite Amato's skill with creating transitions. The later chapters are told from Lady Emily's point of view, and the 1415 chapters are told in the third person. Amato creates a solid distinction between the two, making the former much livelier than the latter. V.M.G. © AudioFile 2019, Portland, Maine [Published: JANUARY 2019]