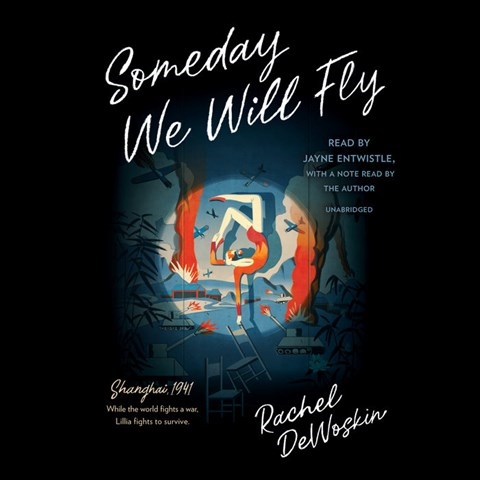 SOMEDAY WE WILL FLY

Narrator Jayne Entwistle creates a youthful voice for 15-year-old Lillia, who travels with her father and infant sister, Naomi, from Poland to Shanghai to flee Nazi persecution in 1940. Entwistle captures Lillia's fear and determination as she struggles to cope with missing her mother while learning how to survive in a foreign land where she and her family are tolerated but not necessarily welcomed. Each character Lillia meets in her new home has a distinct voice, which helps to set the scene. Listeners will empathize with Lillia as she grapples with her daunting new reality while learning about a lesser-known escape route that Jewish refugees took to save their families from the horrors of the Holocaust. M.D. © AudioFile 2019, Portland, Maine [Published: MARCH 2019]