Home»Reviews»THE PRINCESS AND THE FANGIRL 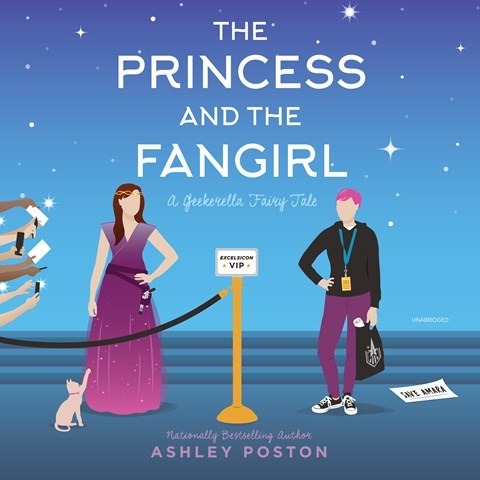 THE PRINCESS AND THE FANGIRL Once Upon a Con, Book 2

It takes the talents of three narrators to carry off this fairy-tale-inspired identity-swap caper set at a sci-fi and fantasy convention. Caitlin Davies infuses plenty of pent-up frustration into her performance as Jess, an actress who is desperate to escape her role as Princess Amara in Starfield, a popular science-fiction franchise. Emily Lawrence ably portrays the slangy enthusiasm of Imogen, Jess's look-alike and leader of the #SaveAmara fan campaign. Personalities clash, and complications ensue when the two switch places at ExcelsiCon, but the tone remains light as each girl finds herself and a bit of romance. This sequel to GEEKERELLA stands on its own, though series fans will be pleased to hear Eileen Stevens in brief cameos as the character Elle. R.A.H. © AudioFile 2019, Portland, Maine [Published: MAY 2019]