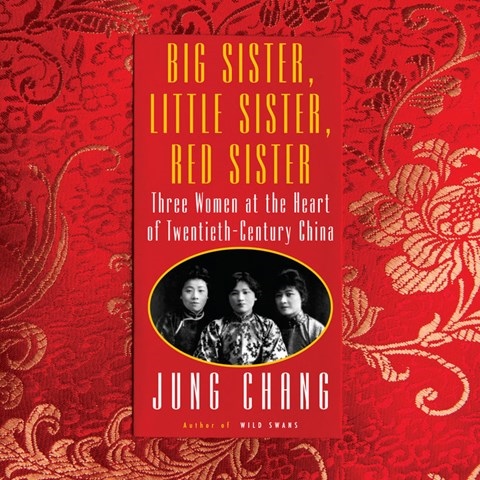 Narrator Catherine Ho impressively conveys this memoir about the Soong sisters, who strongly influenced government officials, and, thus, early-twentieth-century Chinese history. Listeners will appreciate Ho's portrayals of the women, which are as distinct as each personality. The powerful voice of Big Sister, Ei-ling, reflects her wealth and influence; Little Sister, Mei-ling, is intransigent, becoming Madame Chiang Kai-Shek, in spite of her mother's opposition; Red Sister, Ching-ling, marries Sun Yat-sen and publicly berates her anti-Communist family. Most memorable is their father, Charlie, a Methodist minister whose strongly stated views influence each of his daughters. The comments of luminaries like Harry Truman and Edgar Snow, along with the many quoted letters, increase interest. Ho's authentic accents, sly insider remarks, and asides add immeasurably to this exceptional true story. S.G.B. © AudioFile 2020, Portland, Maine [Published: MARCH 2020]