Home»Reviews»PRINCE VALIANT IN THE DAYS OF KING ARTHUR 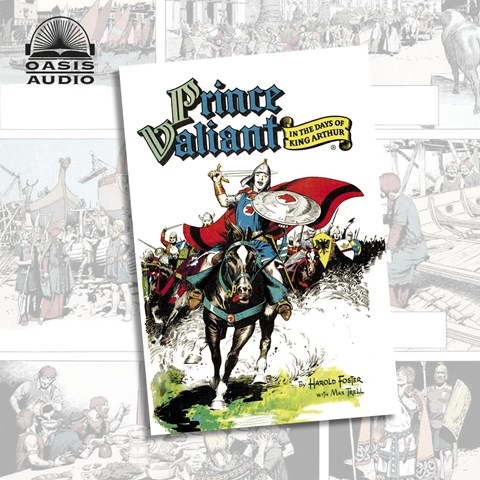 Narrator Tim Gregory does a masterful job re-creating a legend who began as a comic strip in 1937. Prince Valiant, who has been exiled from Norway, dreams of becoming a knight in King Arthur's Round Table. In search of a mentor, he seeks out a number of knights. Most memorable is Gregory's portrayal of Sir Gawain, who is a patient, witty teacher with an infectious laugh. Listeners will go to battle with Val against Nagrath and encounter sumptuous descriptions of Camelot and its famous mythological elements. Gregory vividly reveals Val's honorable character when he and his competitor for Ilene's hand team up to rescue her when she's kidnapped. Most movingly, Val courageously demands justice for Nagrath, a former enemy who helped the knights who still want to punish him. S.G.B. © AudioFile 2020, Portland, Maine [Published: JANUARY 2020]