Home»Reviews»THE WORLD BENEATH THEIR FEET 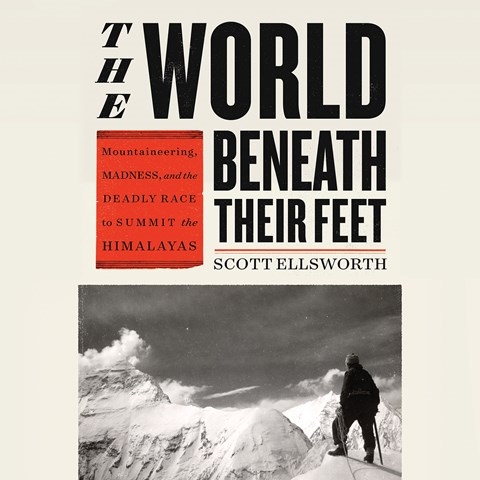 THE WORLD BENEATH THEIR FEET Mountaineering, Madness, and the Deadly Race to Summit the Himalayas

Scott Ellsworth describes the many expeditions climbing higher and higher in the Himalayas, including attempts on Everest, K2, and Nanga Parbat. Ellsworth's writing style is accessible and compelling, but his narration is, sadly, an uphill trudge. His timing is clunky and a step too slow, and his tone is overly dramatic. The race to the top of the world is bookended by the disappearance of George Mallory and Andrew Irvine from Everest in 1924 and the 1953 success of Edmund Hillary and Tenzing Norgay, which provided the cherry on top of Queen Elizabeth's coronation. Expeditions in between involved national pride, differed on the correctness of using modern aids such as ice axes and oxygen, and featured many fascinating and quirky characters. It all cries out for a professional narrator to do it justice. A.B. © AudioFile 2020, Portland, Maine [Published: OCTOBER 2020]