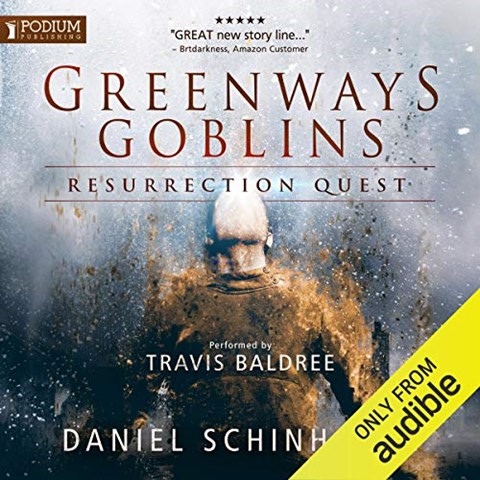 Narrator Travis Baldree portrays a group of aging gamers who think they've achieved their dream lives when they're transported to the fantasy world of their favorite game, where their goal is to create a new game. As they become the characters of the new game, which involves goblin hunting, Baldree transforms them into a motley band of elves, dwarves, magi, and humans. As Tom, Dick, Harry, and friends set out to make their mark as goblin hunters, Baldree maintains their easy banter. He deftly captures the friends' camaraderie as they refine their skills from those of the baseline characters, but his sardonic tone indicates that he also knows the players' secrets. This is the start of a new series called Resurrection Quest. J.E.M. © AudioFile 2020, Portland, Maine [Published: JUNE 2020]