Home»Reviews»DEMOCRACY, IF WE CAN KEEP IT 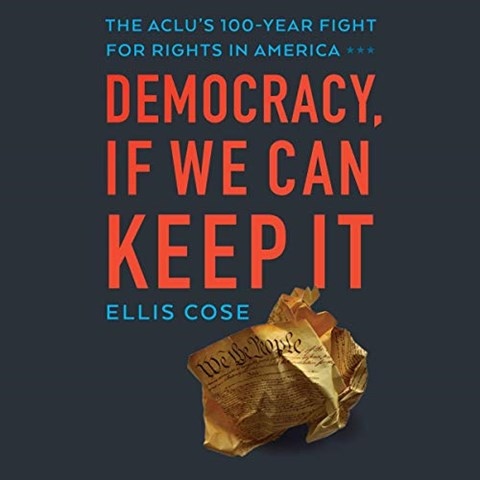 DEMOCRACY, IF WE CAN KEEP IT The ACLU's 100-Year Fight for Rights in America

This warts-and-all audiobook about the ACLU's first 100 years is a fascinating account of the many types of government overreach that have threatened American democracy over a century. Narrator Danny Campbell's deep, somewhat raspy voice is a plus. His informal style makes the audiobook more accessible, and his voice projects well, which adds emphasis to his performance. Cose explores the ACLU's history from the days of labor and racial unrest after WWI to the organization's recent battles with the Trump administration. He doesn't leave out the ACLU's occasional money woes and draining internal political battles. This is a compelling look at the important role the ACLU has played in recent American history. G.S. © AudioFile 2020, Portland, Maine [Published: SEPTEMBER 2020]