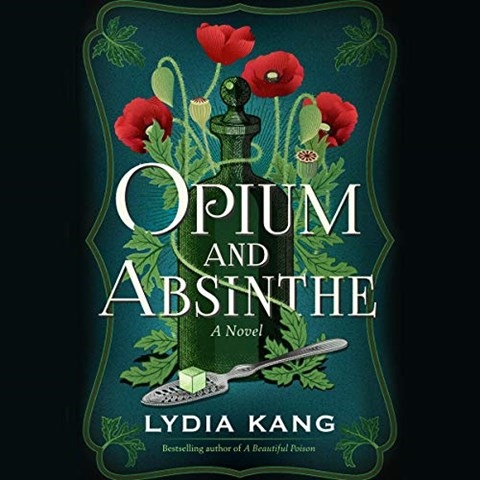 Narrator Bailey Carr takes on a fin-de-siècle mystery set in New York City. Blue-blooded heiress Tillie and her newspaper friend, Ian Metzger, search for a vampire who is killing rich opium addicts, including Tillie's sister, Lucy. After breaking a bone, strong-willed Tillie becomes addicted to opium that was prescribed to her, a situation that connects her to the murderer. Carr's talents are overstretched--she barely differentiates the female characters and uses the same tones for the men. Her accents disappear or are poorly rendered. Most annoyingly, she repeatedly mispronounces common words, jolting the listener from the convoluted story. This audiobook would have been better delivered in Carr's straightforward, cheerful voice. M.B.K. © AudioFile 2020, Portland, Maine [Published: NOVEMBER 2020]