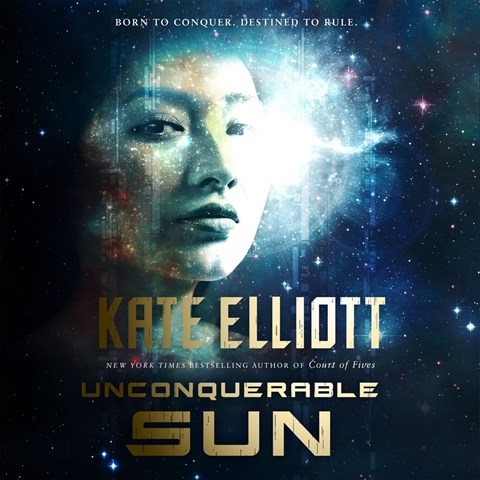 Inspired by accounts of Alexander the Great, this science fiction reimagines ancient history on an intergalactic scale. Princess Sun, Elliott's gender-bent Alexander, relies on all she's accomplished to keep herself alive and maintain rule over her hard-won empire. Natalie Naudus shows a lot of range in her narration. She reflects the story's militant atmosphere with sharp speech and cold tones, yet she also reveals Sun's personality when Sun lets down her guard. Occasionally, the narration and dialogue sound so similar that it's easy to miss the transition. But, overall, Naudus's performance fully engages listeners as conflicts of epic proportion unfold. N.H. © AudioFile 2020, Portland, Maine [Published: SEPTEMBER 2020]