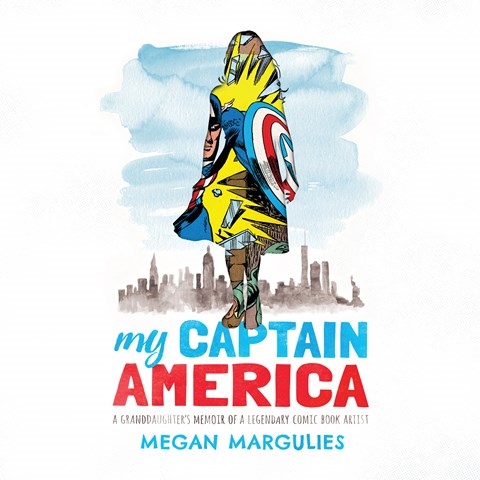 To author Megan Margulies, "Daddy Joe" was a kind, loving grandfather with perpetually ink-stained fingers who doted on her as she grew up and he grew old. Narrator Natasha Soudek brings out all the emotions in Margulies's relationship with her grandfather, who was known to the world as Joe Simon, the revered co-creator of Captain America. Soudek voices the tenderness and love between the two as each anchored the other in a complicated world. She even winces a little when the author reveals her secret dalliances with marijuana and soft drugs, which many teens experimented with at the time. The audiobook is an intimate portrayal of the pair--who were close even though they differed in age by more than 60 years. When he died at age 98, still drawing, it was too soon. M.S. © AudioFile 2021, Portland, Maine [Published: FEBRUARY 2021]