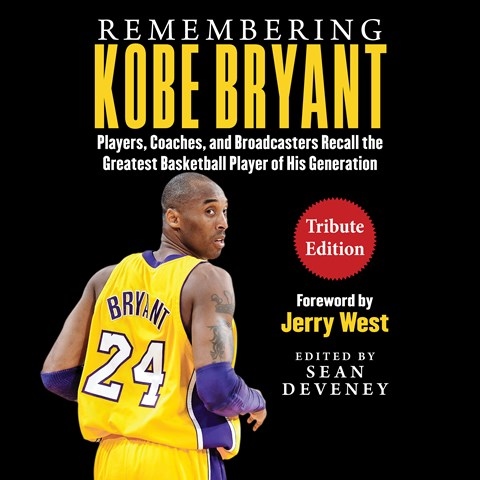 Sports journalist Sean Deveney originally wrote this work on basketball great Kobe Bryant in 2016. An added chapter is a tribute completed after Bryant's tragic death. Narrator Leon Nixon uses a serious tone that is clear and understandable throughout. Among the figures who discuss competing against Bryant are Stephen Curry, Charles Barkley, Grant Hill, and Reggie Miller. With a spot-on foreword by Lakers player and, later, general manager Jerry West, this audiobook includes a statistical pdf from the players whose points of view are reflected in the text. The biographical portrait is thorough and absorbing. Nixon has a deep pitch and a tone of gravitas as he speaks at a steady pace. Sports fans and many others will likely be entertained and informed. W.A.G. © AudioFile 2021, Portland, Maine [Published: JANUARY 2021]