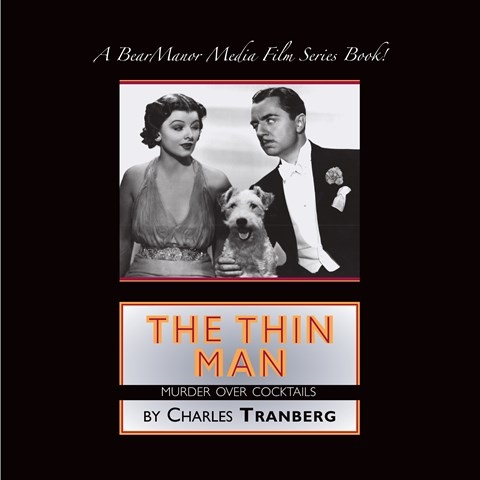 THE THIN MAN Murder Over Cocktails

Respected expert on the Golden Age of Hollywood films Charles Tranberg offers a thorough primer on the 1930s and '40s MGM film series The Thin Man and its sequels. Holly Palance's slightly nasal narration exudes confidence and gravitas. Her enunciation and pronunciation are spot-on. Expansive background information on each film, which includes the author's favorite quotations, is fun. Detailed biographies of the principal cast members--especially William Powell and Myrna Loy, who played Nick and Nora Charles--are well researched. The audiobook's components, much as the films themselves, are as light, bubbly, and celebratory as a glass of champagne. Cheers! W.A.G. © AudioFile 2020, Portland, Maine [Published: DECEMBER 2020]