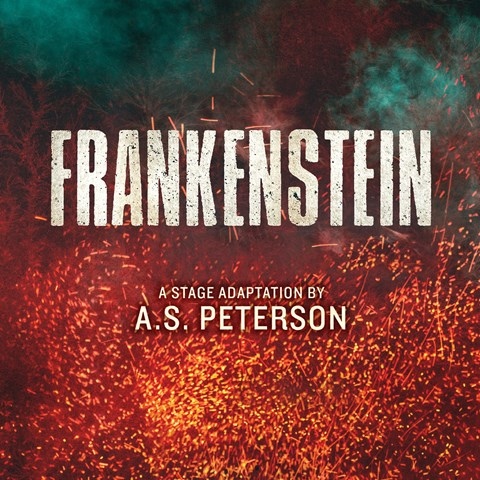 Reanimating the dead. Shunning the living result. Terrible revenge. By combining radio-drama sound effects and performance styles with novelistic descriptive passages, this 2018 stage adaptation brings a theatrical energy and immediacy to Shelley's classic horror tale. A scientist's relentless search for immortality leads to mankind's loss of innocence at the dawn of the age of technology. Portraying the doctor and his creation, Jared Reinfeldt and Euriamis Losada lead the cast of Nashville's Studio Tenn Theatre Company in capturing the destructive pathos between the two characters as they bring out the most horrific and most human qualities in each other. That is most likely why, even after 200 years, we listeners just can't get enough of FRANKENSTEIN. B.P. © AudioFile 2021, Portland, Maine [Published: JANUARY 2021]