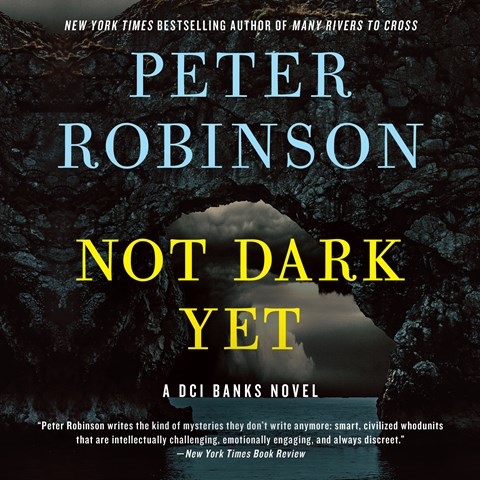 Narrator Simon Vance does a splendid job with the Detective Chief Inspector Banks series, which takes place in Northern England. Banks--who is a relatively minor character in this installment--tracks Moldavian Zelda Melnic as she exacts revenge upon those who trafficked her as a sex worker. A subplot featuring Banks's team members Annie Cabbot and Gerry Masterson is compelling and fascinating. They're charged with identifying who murdered a young woman at one of property developer Connor Clive Blaydon's sex parties. Vance's Eastern European accents add authenticity, and characters both good and evil are memorable. Tension is greatest during Cabbot and Masterson's skillful interrogations as they work to unmask the psychopathic killer. S.G.B. © AudioFile 2021, Portland, Maine [Published: JUNE 2021]