Home»Reviews»THE VIEW FROM THE BRIDGE 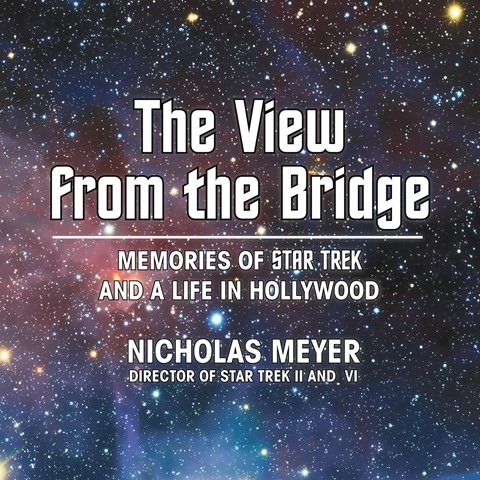 Narrating his 2009 memoir, Nicholas Meyer is every bit the storyteller, a skill honed from years of writing and directing in Hollywood. The title references his work on the Star Trek series--he developed and directed several of the franchise's most successful entries. How Meyer came to have so much creative impact on the legendary series is almost accidental; he recalls not connecting to the "TV show with the pointy ears" but was able to participate in the fledgling film series after building clout at Paramount. Hearing Meyer describe how he lost and then regained the opportunity to direct a Star Trek film captures the spirit of working in the movie industry. Meyer's performance expresses the endearing qualities of a seasoned pro. S.P.C. © AudioFile 2021, Portland, Maine [Published: MAY 2021]