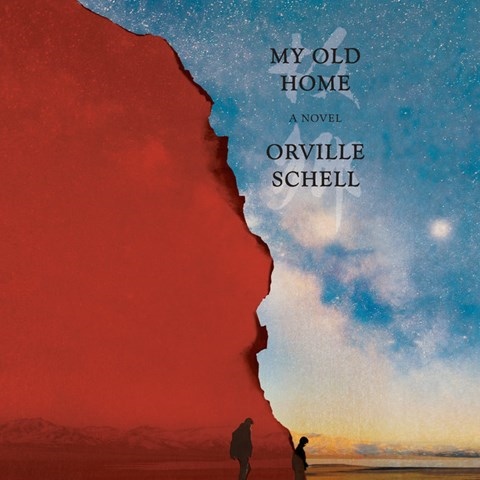 MY OLD HOME A Novel of Exile

James Lurie's performance is skillfully subtle as he captures fascinating characters through decades of their lives. Schell, a China scholar and policy expert, provides listeners with an epic journey in his first fictional audiobook. The story spans the decades of Chinese history between the rise of Chairman Mao and the massacre at Tiananmen Square. Li Wende lives in Beijing with his father, a conservatory professor. Targeted by the Red Guard, his father is captured and brutalized, forcing Li into a rural concentration camp. Li's father manages to send letters sporadically, giving Li strength to persevere and eventually escape to San Francisco, home of his mother, whom he has never met. Lurie's performance never waivers as he navigates heartbreak, humor, and tragedy. S.P.C. © AudioFile 2022, Portland, Maine [Published: FEBRUARY 2022]