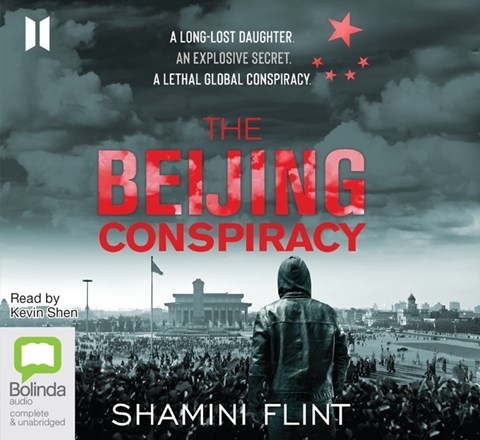 Listeners join ex-spy Jack Ford as he receives a letter from his former girlfriend telling him he has a daughter and requesting his help. Kevin Shen narrates the story as it shifts between Jack's adventures as he heads back to Beijing (and unknowingly into the heart of a global conspiracy) and his time there in 1989 as a young spy. Shen's stylish narration helps to balance the tension while clearly differentiating the timeframes and key characters. His strong portrayals range from a near-parody of a recognizable but unnamed POTUS figure to the clipped tones of the generals and the softer voices of the female characters. Shen keeps the tension building as Jack searches for his daughter while trying to stop the world from heading into WWIII. K.J.P. © AudioFile 2021, Portland, Maine [Published: JUNE 2021]