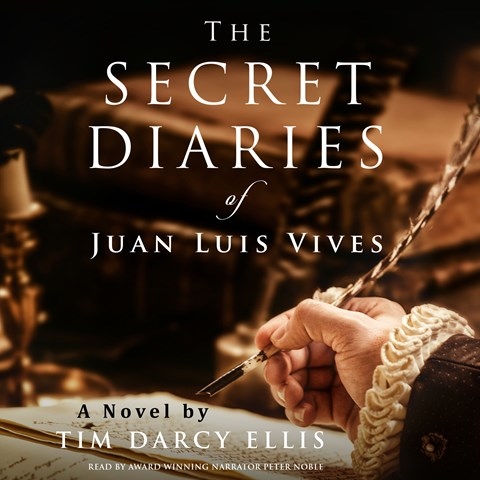 Narrator Peter Noble's expressive rendering of this excellent historical novel makes this audiobook seem like an old-fashioned radio drama. He uses diverse accents and inflections to depict the many characters who populate the suspenseful story of Vives, a Spanish Jew who finds himself in King Henry VIII's England during the Spanish Inquisition. The novel is made up of Vives's secret diaries, which he goes to great pains to hide, as his life would be worthless were they discovered. In England, he becomes entrenched in palace politics, as well as the intrigues of the underground Jewish community. He is ultimately chosen as a tutor for King Henry's daughter Princess Mary. A gripping story told by a superb narrator makes for a highly enjoyable listening experience. D.G.P. © AudioFile 2021, Portland, Maine [Published: JUNE 2021]