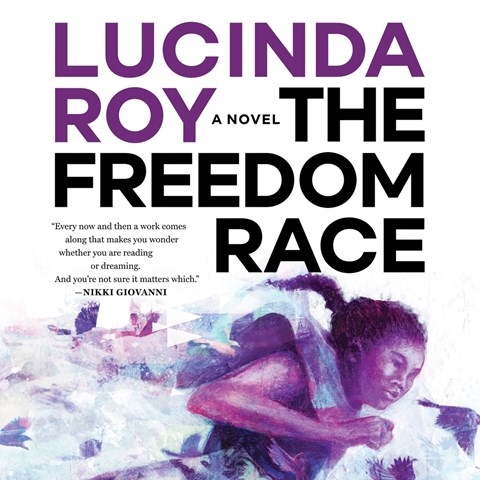 Adjoa Andoh's heartfelt narration enriches this speculative story set in a near-future America after a second civil war. Ji-ji Lottermule endures horrific abuse as a "kitchen seed" on Planting 437, one of many plantations in the Homestead Territories of the Disunited States. Ji-ji's only hope of escape is to compete in the Freedom Race, through which she could win emancipation for herself and her family. Andoh's character voices are mesmerizing as they capture the breadth of the plantation's inhabitants--spunky and vivacious Ji-ji; her mam, who speaks with a lilting African accent; and her father-man, whose voice is laden with oily menace. Andoh's emotional narration is dotted with exclamations, exhortations, and agonizing expressions of grief, all of which heighten the impact of this heartbreaking yet hopeful story. S.A.H. © AudioFile 2021, Portland, Maine [Published: AUGUST 2021]