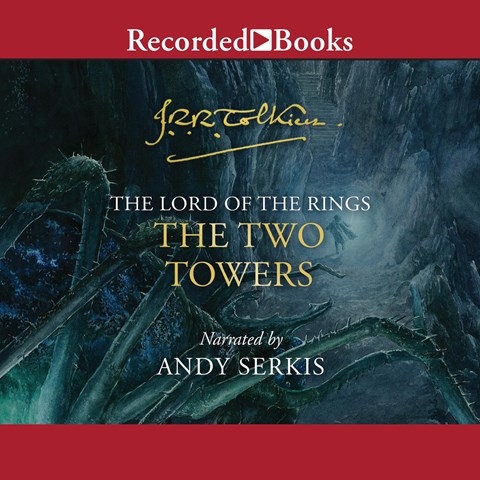 THE TWO TOWERS Lord of the Rings, Book 2

In this second volume of J.R.R. Tolkien's epic fantasy, THE LORD OF THE RINGS trilogy (originally published in 1954), all roads lead to the evil fortress of Isengard. While giving film-like voices to mega-popular characters such as Gandalf the Wizard, Gimli the Dwarf, and all the hobbits (Frodo, Samwise, Pippin, and Merry), award-winning actor and voice talent Andy Serkis emphasizes the poetic rhythms of the Old Norse sagas and myths that Tolkien emulated and revered. Of course, when Serkis is involved, the scratchy, whining, squeaky-voiced Gollum can't be far behind. Serkis's portrayal of the hideous creature who thirsts to possess the "precious" ring and will betray any hobbit in his way is as mesmerizing as any character in fantasy literature. B.P. © AudioFile 2021, Portland, Maine [Published: NOVEMBER 2021]