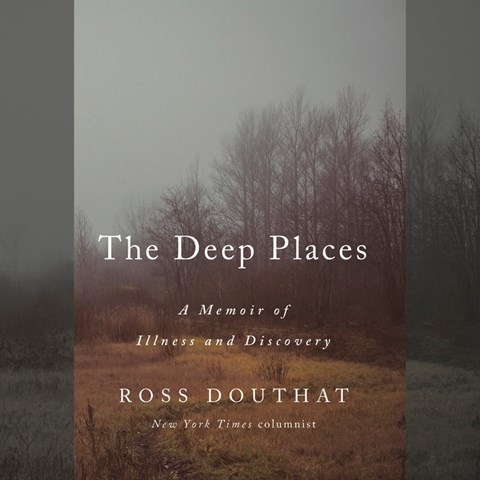 THE DEEP PLACES A Memoir of Illness and Discovery

NEW YORK TIMES opinion writer Ross Douthat narrates his affecting audiobook with unusual sensitivity to the world around him and to his emotional reactions to that world. Presenting sentences that often approach the elegance of poetry, his steel-toned voice and conversational cadences connect with his poignant message. The narrative is about his struggle to understand and cope with the rare form of Lyme disease that devastated his functional life and upended his faith in the medical establishment. Doctors don't like to be frustrated by vague and untreatable symptoms, so he felt the sting of judgment and indifference that many Lyme sufferers endure. But with wit and inspiring self-awareness, he persevered and discovered within himself a rich layer of resilience, hope, and renewed appreciation for life. T.W. © AudioFile 2021, Portland, Maine [Published: DECEMBER 2021]