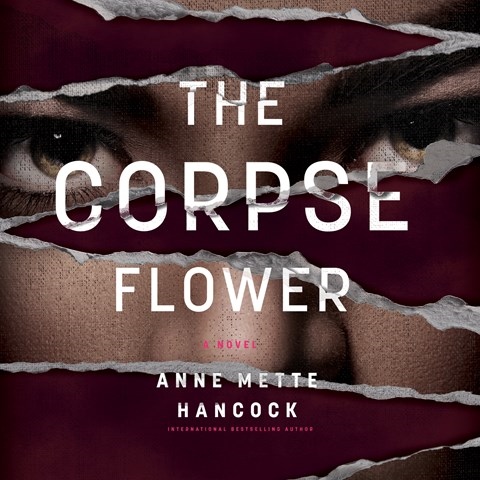 Laura Jennings narrates this striking debut mystery. After failing to check her sources, Danish journalist Heloise Kaldan is in danger of losing her job with DEMOKRATISK DAGBLAD--until she begins receiving notes from accused murderer Anna Kiel. Kiel was last seen on security cameras covered in blood moments after an attorney's murder three years earlier. The police are convinced of Kiel's guilt, but Heloise is less certain, especially when her investigation unearths connections to her own life. Jennings handles the Danish names and the references to the corpse flower of the title, amorphophallus titanum, with ease, but she does little to create believable characters. Her one-note delivery, mostly breathy and terrified throughout, fails to live up to this Scandinavian thriller. S.J.H. © AudioFile 2021, Portland, Maine [Published: OCTOBER 2021]