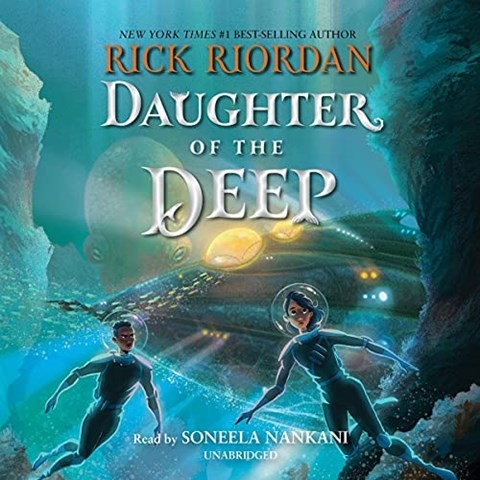 DAUGHTER OF THE DEEP

Narrator Soneela Nankani creates a determined and passion-filled voice for Ana, a freshman at Harding-Pencroft Academy whose life is turned upside down when the school is destroyed by their rival. As Ana uncovers the mystery of the attack, she discovers secrets from the past, including a mysterious submarine that is deeply connected to her family's history. Musical effects throughout the story are used to add drama to key moments. However, sound effects, such as combat noises, accompanying the musical additions are merely narrated, making some scenes seem disjointed at times. Nevertheless, listeners will cheer Ana on as she figures out the truth in this tale, which pays homage to Jules Verne's TWENTY THOUSAND LEAGUES UNDER THE SEA. M.D. © AudioFile 2021, Portland, Maine [Published: DECEMBER 2021]