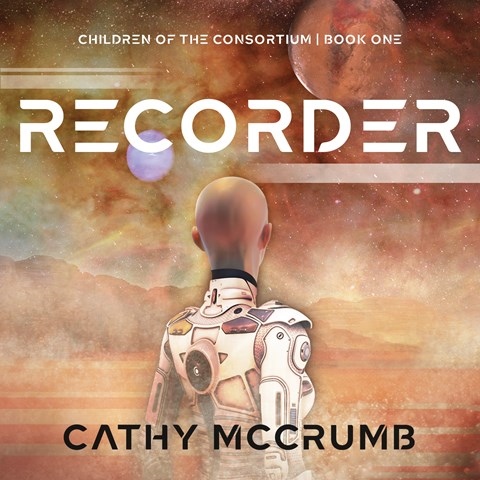 RECORDER Children of the Consortium, Book 1

Narrator Taylor Meskimen portrays the Recorder--who has no name, just a number--in a time when the Consortium controls society. The story is presented as journal entries, which Meskimen reads in a perky voice to start. As the Recorder is sent on her first mission to a space research station, Meskimen describes the implant that removes essentially all of the Recorder's personality and the drones that "discipline" her. After that implant is damaged and the drones are destroyed, Meskimen chronicles the Recorder's transformation. As the Recorder discovers how to think for herself, Meskimen allows a more nuanced range of emotions. For example, thoughtfulness, tension, and suspense creep into Meskimen's voice as the Recorder tries to protect her friends. J.E.M. © AudioFile 2022, Portland, Maine [Published: JANUARY 2022]