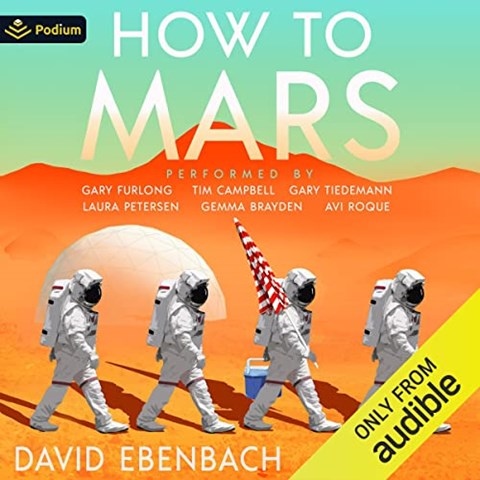 "No sex." That was the first rule laid down by the Destination Mars! Corporation that sent six scientists on a one-way expedition to the Red Planet. And that's the first rule broken. Tim Campbell leads a capable ensemble of six voice talents in narrating this humorous and often whimsical look at what it would be like to live the rest of your life off Earth. The mission began as a reality TV show, but when it's discovered that one of the Marsonauts is pregnant, the crew must pull together to create a real colony. Each explorer--plus the hilariously snarky Destination Mars! Handbook--is given their own voice, and listener hears what humans do best: Be human. Fun speculative fiction. B.P. © AudioFile 2022, Portland, Maine [Published: MARCH 2022]