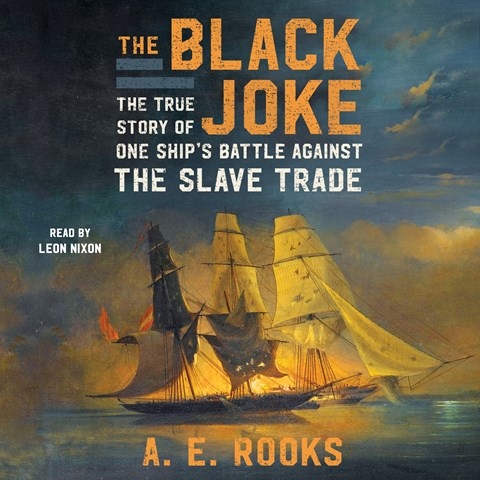 Leon Nixon embarks on his narration by eulogizing THE BLACK JOKE, a Royal Navy ship that battled slave ships for 52 months, ending in 1832. THE BLACK JOKE was legendary as the most successful British anti-slaver ship. Nixon underlines slavers' fear of the famed ship as he recounts the blows of battles and tense confrontations while emphasizing the horrors found in slavers' holds, where Africans faced deadly heat and illness. Nixon clearly explains the triangular trade and the increase in slave traffic as the abolition movement grew. He turns thoughtful, at times--for example, during his delivery of Africans' dissatisfaction with their level of freedom once they were liberated. Nixon keeps listeners' minds on the human toll of the slave trade. J.A.S. © AudioFile 2022, Portland, Maine [Published: MAY 2022]