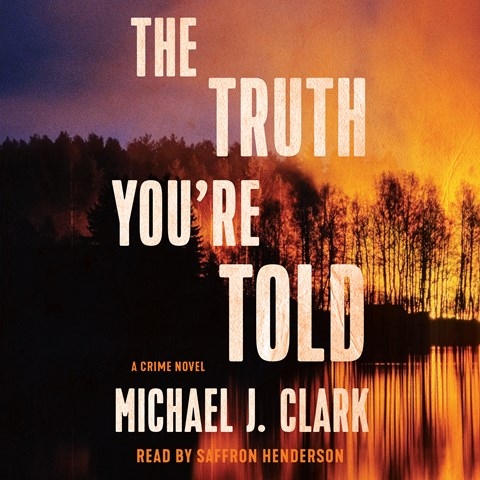 THE TRUTH YOU'RE TOLD

Saffron Henderson commendably narrates this uneven novel, which begins as an appealing multigenerational saga and devolves into an unconvincing story that borders on melodrama. Listeners accompany Samantha Hutching and her teenage daughter, Megan, to Bird Lake, Manitoba, where Samantha spent her youth during the Cold War. Now she hopes to write the "Great Canadian Novel." However, as she sifts through keepsakes at the old homestead, she begins to wonder who her father really was, particularly as she uncovers secrets about his job at a lavish nearby resort that still caters to the military. Henderson delivers a well-rendered mother-daughter relationship. Her best performance is a feisty grandmother who is suffering from dementia. Listeners will want to focus on the story's enjoyable lakeside camaraderie instead of its unconvincing plot developments. S.G.B. © AudioFile 2022, Portland, Maine [Published: MARCH 2022]