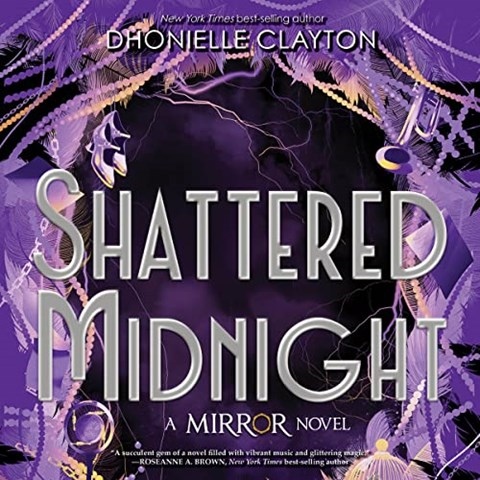 Adenrele Ojo invites listeners into a world of magic and New Orleans jazz with her smooth, velvety narration. Book 2 in The Mirror series tells the story of Zora, a girl who is running from a tragic accident caused by her magic. Also, her family has been cursed. With a forbidden romance brewing and Zora performing at a jazz club, the danger and excitement of speakeasies are in full swing. The novel doesn't shy away from the harsh realities that Zora faces as a Black woman in the South during the Prohibition era, and Ojo fills Zora's voice with weighty emotion that comes through in the most serious moments. But Ojo keeps the narration light and breezy when called for, making this a splendid trip back in time with a dash of magic. S.B.T. © AudioFile 2022, Portland, Maine [Published: NOVEMBER 2022]