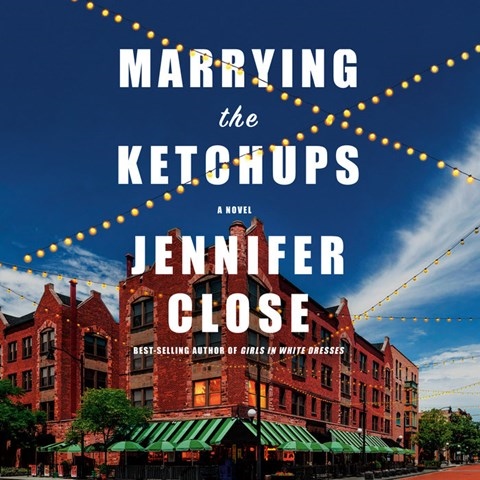 Cassandra Campbell impressively narrates this immersive multigenerational saga, set mainly in Chicago in 2016. As listeners meet the extended Sullivan clan, the point of view shifts among three people--sisters Jane and Gretchen, and their cousin Teddy. Campbell exquisitely inhabits older sister Jane, mother of two, who questions her marriage and her privileged suburban life; Gretchen, who returns home after a decade-long stint as a singer in a '90's cover band; and Teddy, a restaurant manager who is disappointed in love. Campbell expresses each character's struggles, as well as the bonds and tensions among them. Set amid the political climate of the Trump presidency, this audiobook also depicts the challenges of owning and operating a restaurant--and of being a Cubs fan. M.J. © AudioFile 2022, Portland, Maine [Published: JUNE 2022]